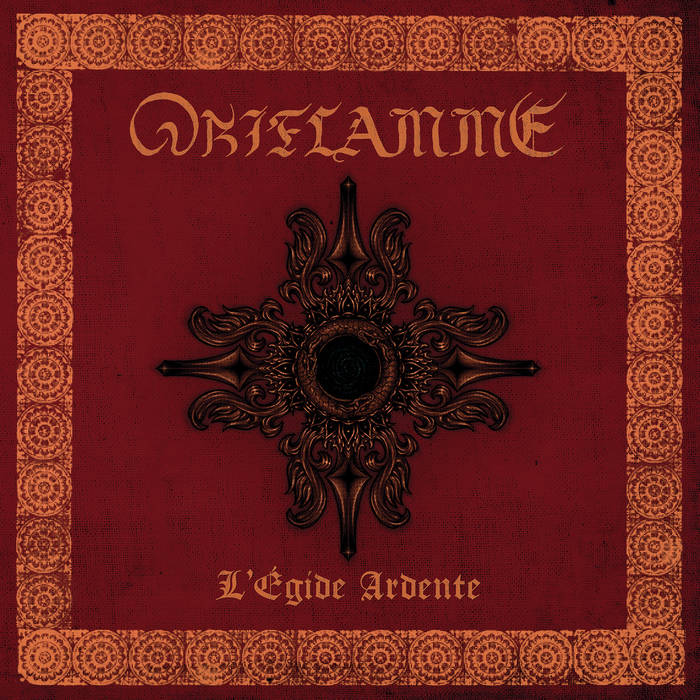 You know, QCBM’s been quiet the past few years. Many of the forerunners of the genre (Gris, Sombrets Forets, and most other stuff on Sepulchral Productions) haven’t put much out in the past five years, and they don’t seem like the type of folks who have an active social media presence. It feels like it’s time for someone to pick up the baton.

Oriflamme is a new force in the Quebecois scene, but the project’s core doesn’t lack in experience - drummer Xavier Berthaume has been the most active party in the otherwise low-key region (Atramentus, Gevurah, Sanctvs), and the guitarist played in Ossuaire at one point. Any worries about this being amateurish are dissipated once you get past the inherent repetition present in the style. Forteresse is a good band to draw parallels with, because they like to go on similar long marches of tremolo riffs, sometimes several, one right after the other. They keep a steady pace for a few moments and only slightly build in energy, and somehow, through a hypnotic melody or creating an atmosphere, the songs become more than their simple building blocks. Berthaume has to be given a lot of credit for his ability to make almost skeletal drum parts sounds mesmerizing through consistent power, and a performance that still feels like it has a bit of “flow” amidst the rigidity. The real star of the show here, though, is the warm, bombastic tremolo riffing, maintaining a hint of sorrow amidst its grandeur and hypnotizing you as you slowly move towards the light. This is further supplemented by a full, rich production job that foregoes the hale, treble-heavy mix style QCBM adopted as part of its doctrine, giving a fuller low end that makes for some hearty grooves during some of the midpaced blastbeat breaks ('Un Mal Ancien' has a filthy one) and even gives a bit of a reason to nod your head during the doomy bridges.

Those moments are typically glossed over by artists in these realms when used, a way to add a shred of dynamic to a cavalcade of tremolo. In constraint, Oriflamme leans into their more restrained, pensive side a bit more, gracefully complementing the natural warmth of this music. In a style that’s already got a high standard for quality, L’egide Ardente manages to stand out and draw your attention - and it doesn’t need to be flashy or gimmicky to do so. If you’re already interested in the QCBM style this is a mandatory listen, and it might be worth checking out for any other black metal fans who feel like they’ve been let down by other bands from the scene in the past.