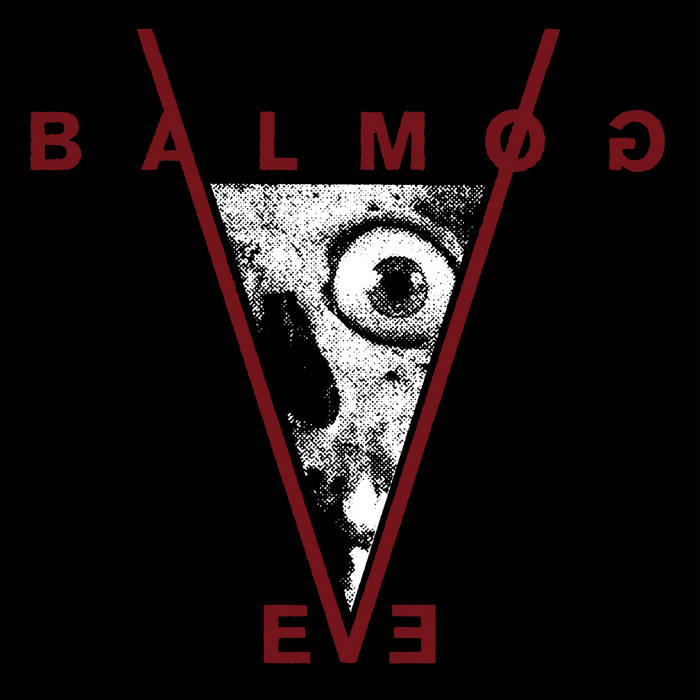 Some bands need 10 years for a new album. For example, does anyone know if Dark Funeral are still alive? I know, they announced a new album, but this alone does not say much. I praise Balmog, who send their death greetings from sunny Spain on a very regular basis. Before anyone comes with the "quality beats quantity" argument, I would like to say: yes, that's true. But quantity beats unproductivity. By the way, Balmog have not only volume, but also class in their portfolio. Admittedly, they walk a dangerous path, because they combine so many influences that the black metal core is almost unrecognisable at times. As is well known, Pillars Of Salt already had many facets and Eve follows this way. With a look to the different styles that flow into the art of Balmog, the promo proclaims “it (the music) is everything and nothing at the same time” and maybe there is a grain of truth in this statement.

Naturally, the singing adapts to the different forms of expression of the music. There are clear, deep vocal passages, demonic murmurs and relatively typical roars. The lyrics are supposed to follow a concept about human terror as an antithesis to divine creation, but if I'm honest, my interest in philosophy is low. Rough sounds fascinate me more, but unfortunately 'Agnus Dei', a pure ambient number, sparks in between, which is detrimental to the intensity of the full-length. Fortunately, it remains the only stinker on a work that gradually unfolds its aroma and is certainly not one of those discs that smash the listener's jaw with full force at the first rendezvouz. The many layers of Eve have to be uncovered bit by bit. This may be a bit tedious, but it is definitely worth the effort.

The psychedelic, dark touch in Balmog’s music is characteristic and separates the band from many other, more typical black metal squadrons. Watain aesthetics are still an inspiration, but you also find connections to Moonspell or some gloomy Necrodeath songs. Name dropping aside, the Spanish force does not copy the Swedes, the Portueges or any other formation. Just lend an ear to the contagious quasi-instrumental 'Zohar'. It is lively, energetic and full of individuality. At first glance, it feels like a compressed version of 'Pillars Of Salt', but its great melodies develop a unique personality. Moreover, it does not lack a basic heaviness. No doubt, especially in terms of black metal, we can find thousands of more aggressive albums. But a negative-devilish element in the sound of Balmog makes up for this. It is well staged by the production which connects a crunchy guitar tone with a nearly airy overall picture. I admit that I wish the first regular track would have ten percent more power, because it is a good track, but not a true explosion of diabolic art. Nevertheless, Balmog always have this fine instinct for melodies, while the vocals in 'Birth Of Feral' seem to be inspired by Sisters of Mercy (if we exclude the aggressively shouted lines).

Black metal purists, in particular lovers of extremely cold, vehement and cruel guitars should stay away from Eve. But those who appreciate depth, variation that does not fall victim to incoherence and subliminal diabolism will realize that the Spanish veterans can open the door to another pitch black dimension – at least in their best moments. The stylish packaging (good artwork, stylish booklet, atmospheric band pic) adds the finishing touch. Doublessly, there are worse things in life than spending time with Eve.