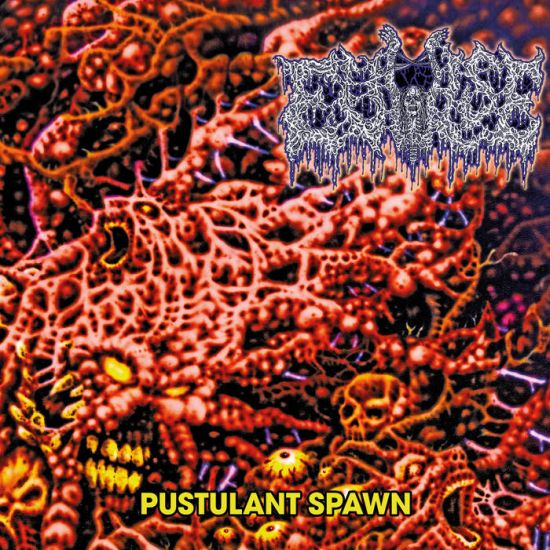 And the old school death metal train chugged on. Evulse are another band that throw in their bet on the style, and well … it’s not bad, but I can’t really say that I’m blown away by them either.

Stylistically, Evulse fit in snugly between the early works of bands like Grave, Massacre, Pestilence, Morgoth and Death, delivering a varied mix between faster thrashing rage alternating with slower, mid-tempo pounding. The mandatory gruff vocals are supplemented by the cool riffing, and the guitars have this pleasantly old school distorted sound to them, with the occasional guitar noodling they inject here and there being a nice touch, with the band even slightly veering into black metal territory at times. The production fits the style like a hand in a glove, sounding clear and powerful, but luckily not overproduced. In other words, it’s all you have come to expect from an old school death metal release.

And that is my biggest gripe here: I’ve heard it all before. Bands like Rotted, Pustilence and Disembowel have done this style as well, and honestly, to me more convincingly. Add to this that the days of the first wave of death metal will never be topped. The spirit of those days is gone and will never be fully resurrected, no matter how hard this new generation may try.

To conclude: this is certainly not a bad EP, but there is so much of this stuff floating around these days, that I’m afraid that Evulse will be just another release amidst a whole wave of old school death metal. Ironically, it’s this kind of overabundance that killed the original wave of death metal back in the 90’s.