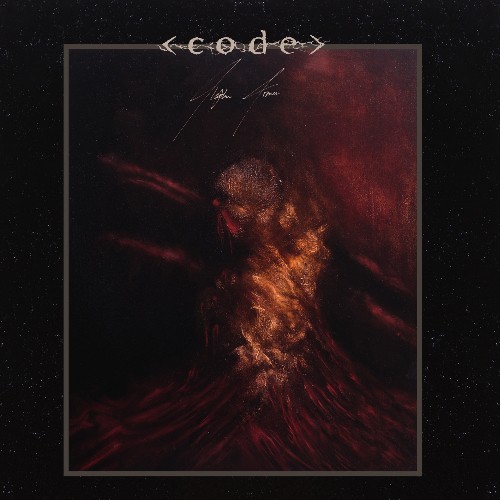 Some 6 years after their last album, Mut, with activity limited to a couple of low key EPs during the intervening years, the enigmatic Code have returned with their fifth album Flyblown Prince, their first for Dark Essence Records, also currently home to Taake and Helheim, among others. Code originally garnered a certain amount of attention due to the involvement of Vicotnik of Dodheimsgard and the utterly brilliant Ved Buens Ende, as well as strong connections to the Norwegian black metal scene in general, with various former members having passed through a number of high profile bands, including Ulver. Many listeners will also associate the Code moniker with former vocalist Kvohst, who has since attained significant and more mainstream recognition with his gothic post-punk acts Beastmilk and then Grave Pleasures. Kvohst, however, was replaced a decade ago by Wacian, who has now been the voice of Code for three albums, outlasting his more illustrious predecessor. All of which is worth recounting simply to illustrate the level of expectation that surrounds a band who have often intrigued and entranced, without ever quite managing to break through to the kind of success that they have periodically been tipped for.

Flyblown Prince marks the band’s return to a more extreme sound, having explored post-rock textures on their previous album, although it feels less a self-conscious return to the roots, and more indicative of a desire to apply what the band have learned from their nomadic wanderings to the metallic core that has always remained at the dark heart of what they do. As is their wont, the album showcases their versatile, genre-skipping abilities, but it has to be said that many of Flyblown Prince’s best moments come when the band lock into the kind of twisted, off-kilter black metal, for which they are generally known. The title track is probably the most well-realised example of this, opening the album, and setting the tone with a knowingly disjointed sound, coupling grating, dissonant chord voicings and nauseating harmonies with more conventional mid-paced chugging riffs in a way that recalls latter-day Mayhem and Marduk. Vocals alternate between a traditional black metal rasp, and a more spoken word delivery, with fragments of discernible lyrics adding an unsettling layer of real menace.

As if to remind the listener not to expect the entire album to deliver a visceral exercise in black metal melodrama though, things immediately move into more elusive territory with the second track, ‘Clemency And Atrophy’, which throbs rather than thrashes, built around the scaffolding of a Killing Joke-style clanging bassline, with skeletal arpeggios building layers of guitars as the band work up to a crescendo of interlocking parts, including some shredding lead guitar that suits the electro backbone surprisingly well. Vocals periodically apparate, only to disappear once more, and the track is intriguing and even bewitching, particularly in the way that it refuses to follow any obvious structure, suggesting a carefully constructed jam, if such a thing could be said to exist. As interesting as Code’s constantly changing sound is, however, the downside is that it prevents the album from ever building a true head of steam in the way that a more focussed, coherent piece of work can. This means that the less compelling tracks – the mid-tempo trudge of both ‘Rat King’ and ‘Dead Stritulate Lodge’ for example, utilising martial rhythms and hanging minor chords in a way in which is redolent of Satyricon’s less exciting post-"Volcano" moments – are less forgiveable, as they are not readily identifiable as part of a holistic statement, and could easily be replaced by something more ingenious and more startling than a retread of a sound that felt a little weary over a decade ago.

Something like the excellent and elegiac ‘From The Next Room’ perhaps, which is a lush gothic ballad from whose roots splinter branches of intrigue that Code explore thoroughly, before returning every time to a dignified chorus melody, which soars lachrymosely in the way that Green Carnation once did at their best. Against the intense and pummelling technicality of ‘Scolds Bridle’, probably the most overtly metallic track to be found on Flyblown Prince, the central riff containing a flurry of sixteenth notes that adds a thrashy dimension to the progressive black metal of the rest of the song, ‘From The Next Room’ could sound a little incongruous, but somehow both tracks are clearly the work of the same band, and in this respect, the band’s versatility becomes a huge asset, and their ability to utilise all of the tools at their disposal to carve hills and valleys into the world that they create is courageous and magnificent.

The spellbinding ‘The Mad White Hair’ is the perfect conclusion to an album that mostly holds a high standard throughout, a small clutch of middling songs aside. Again recalling a more restrained version of the current incarnation of Mayhem, this closing epic proves just how good Code can be when their songwriting nous combines effectively with their angular riffing, and also their ability to allow layers of treated vocals and synths to meander through a clever arrangement. When the noise drops away part way through to leave only a ghostly, harmonised vocal, which then continues as the guitars come crashing back in, the lodestone of the album is created then and there in an unforgettable fashion, before some Opethian guitar heroics lead us out in triumphant style, the band really loosening the chains for perhaps the only time during the album’s duration. At times, Flyblown Prince is a little too polite and restrained, and one wishes they could bring the kind of confidence and conviction that fills the final few minutes of the album into everything that comes before. Overall, Code’s latest album is hugely enjoyable, and will inevitably grow in stature with each listen, although one can’t quite shake the feeling that it exists more to be admired from a distance, than truly engaged with and unreservedly loved, and this ensures that it is a very good, rather than great entry into their discography.