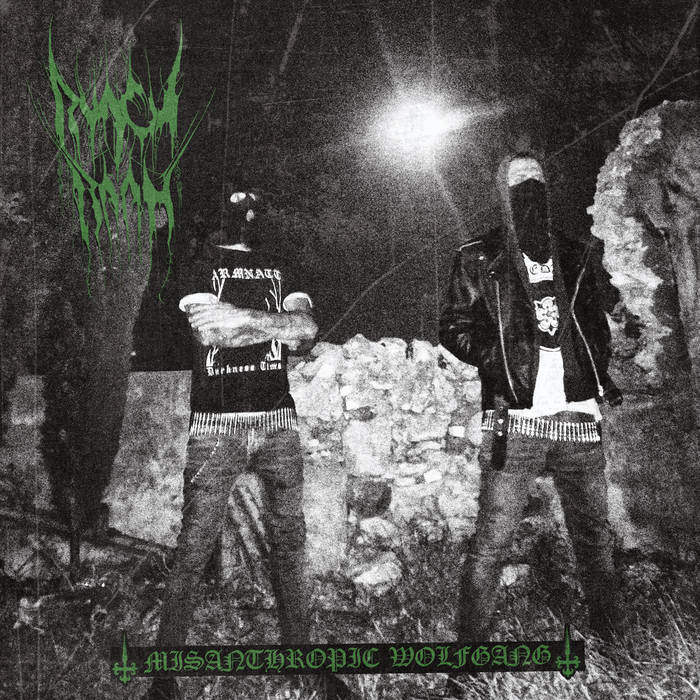 As much as the continuing appeal of extreme metal depends on innovation, and the cross-pollination brought by an endless array of outside influences and new sounds, there is also a need for continuous reinforcement of the central pillars of the sound, to ensure that the genre is not so hollowed out in its never-ending quest for novelty that it collapses in on itself, extinct. Quite apart from that, many of us are rather attached to the tropes that caught our attention and stimulated our interest in the first place, hence the abiding popularity of newer bands that continue to emulate the work of the masters, be they the behemoths of Iron Maiden, Slayer or Black Sabbath, or the more underground, but no less important heroes such as Celtic Frost, Possessed or Mercyful Fate. Black metal is no less prone than any other form of metal when it comes to venerating what has come before, and that veneration tends to focus on the harsher and more bestial end of the spectrum, prioritising raw production values, and a fervent devotion to black metal as an expression of serious satanic art.

This is exactly the niche that Ruach Raah occupy, and Misanthropic Wolfgang, the Portuguese band’s third full length in a decade long career, takes its cues straight from Darkthrone’s unholy trinity of mid-90s necro masterpieces, as well as a raft of other underground luminaries, most obviously Beherit, Mutiilation, and Ildjarn. Exactly as the band no doubt intended, there is absolutely nothing sophisticated about this album; it is simply a raw blast of filthy noise, oblivious to any music that may have been released since "Transilvanian Hunger". Thankfully though, Ruach Raah don’t let their predilection for turning the treble up to 11 obscure the songs themselves, and underneath the scratchy noise and screeching vocals, there is a solid set of powerful tracks that will satisfy anyone that likes their black metal riff-based, and with a hefty side order of d-beat groove.

Critics might dismiss Ruach Raah, and other adherents to such defiantly non-progressive music, due to their obvious lack of originality. Not only would they be missing the point entirely given that this is something the band positively embrace, the very idea that a band that wilfully makes such primitive sounds as a means of paying tribute to the antichrist would be in any way interested in anyone else’s opinion is frankly risible. Unconcerned with anything other than maximum destruction, Misanthropic Wolfgang revels in its violent atavism, and as a counterpoint to the kind of meticulously composed and arranged extreme metal that populates much of the 21st century metal scene, this is enough to generate an enthusiastic recommendation. More than this though, the gleefully catchy riffs that populate each track elevate Ruach Raah above many of the numerous other practitioners of this kind of audio terrorism, the raging opener ‘Ceremonial Flagellation’ being a case in point. At times, the band are not unlike Midnight, albeit without the more overtly NWOBHM-referencing riffs, and deliver the kind of unstoppable momentum that Venom might, were they to cover the very second wave bands that they themselves inspired.

While the guitars are, as ever, the focal point of Ruach Raah’s black metal assault, it is gratifying to see that the rhythm section is not completely ignored by the unsurprisingly lo-fi production. The drums clatter and rumble, but also deliver a surprising amount of variety given the band’s intentionally monochromatic sonics, and the organic feel and drum patterns are a great antidote to the clicky and monotonous rhythm tracks that sometimes seem to be the default setting for underground bands. Picking out highlights from a collection of songs that are ultimately variations on a theme is slightly redundant, but it must be said that Ruach Raah are at their best on tracks such as the fantastic ‘Bones Return To Soil’, where they allow their ferocious attack to careen almost out of control, the guitars and rhythm section just about holding things together as their vocalist vomits up yet another internal organ to offer as a tribute to Satan, their master and inspiration. Misanthropic Wolfgang is not remotely innovative, and it’s not going to change black metal, but it is nevertheless a welcome reminder of the potency of a sound that can still thrill when it’s done with the conviction that Ruach Raah bring to it.