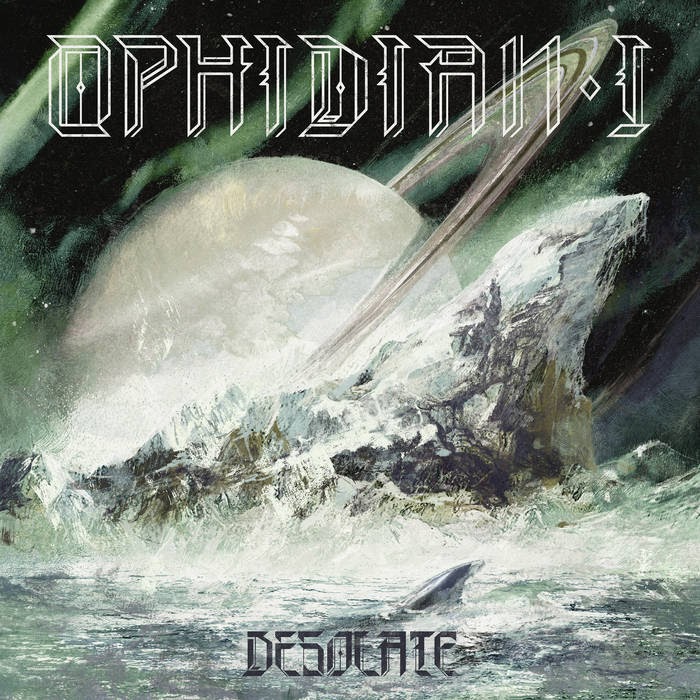 It's been quite some time since we've seen any new material from Ophidian I - 2012, to be exact, was their last release (single notwithstanding), an ambitious full length debut that was certainly commendable, albeit not a must listen for fans of the genre. Their brand of spastic, melodic tech death was certainly enough to grab my attention for future releases, but I must admit I was not ready for an album of this caliber when I first started listening to it last year.

In the 9 years between their last effort and this one, the band has seen a switch up in their drum and vocal position, but the string section has remained the same. So, with that in mind, what differences can we expect going from the debut to this album? Well, for starters, this album has a much better sound. Solvet Saeclum wasn't a bad sounding record by any means, but it certainly wasn't as crisp and clear as this album.

Songwriting and musicianship have both taken massive leaps forward. I can only remember bits and pieces of the first album, but Desolate is incredibly catchy and memorable despite its seemingly overwhelming technicality. The lead guitars are mind bogglingly intricate, with just about every technique in the book being utilized to great extent throughout the duration of this album. There's captivating and beautiful leads that make one feel warm inside, and then there's suffocating riffs that will come out of nowhere to strangle you out of your state of peace. The songs are short, sweet and to the point - there's no meandering or interludes, just killer riffing, brain warping solos, pummeling drumming and brutal vocals.

The vocals may actually be this record's weakest point. John is a good vocalist for sure, I just think he needs to add some more range of emotion and feeling into his style. The music is so colorful and vibrant, which does at times work well with the bleak and dark vocals, but other times can feel stagnant. Even just including some black metal shrieks from time to time will easily fix this. But hey, sometimes we shouldn't fix what's not broken, so I could be completely wrong on this.

2021 was a brilliant year for technical death metal, and I don't know where this one will quite sit when I've officially finished taking in all the tech highlights of the year. Right now, it's neck and neck with First Fragment's "Gloire Eternelle" (an album it's actually very similar in some regards to.) It's certainly one of the best technical death metal albums to come out so far this decade, and I definitely consider this to be an instant classic. Incredible work from the boys from Iceland.