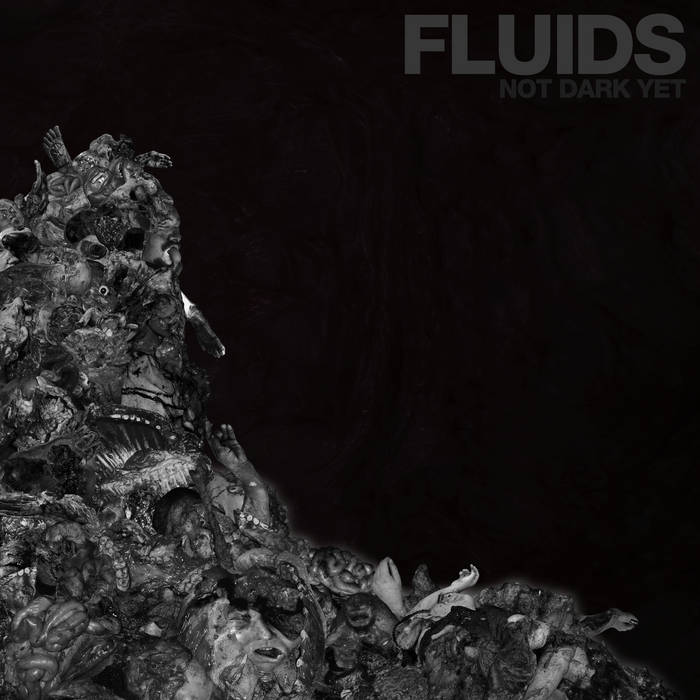 The new Fluids album, what a nice surprise on this dreary afternoon. There are not a whole lot of death/grind acts that can conjure up such a vicious level of unease as these noisemongers can, and their previous Exploitative Practices album has a place of honor on my shelf here. It was with great expectations that I pressed the play button and let it wash all over me.

At their core, the band has not changed things up a great deal. They still sound like a jam between Mortician and Cianide, with crushing slow sections alternating with relentless drum machine driven blasting savagery, drenched in distortion and held together by a guttural grunt in the best Will Rahmer tradition. This is truly remorseless death/grind the way it isn’t made all that often anymore. As on their previous album, the samples of people meeting their demise are still present, and the opening of the album immediately sets the right atmosphere of what is to come. There is a true feeling of unease present here that you don’t hear that often in death metal these days. A very cool touch are the haunting guitar melodies that are interwoven throughout the monolithic doom/death of album closer 'Humanity Reviled', inserting a short yet uneasy moment for the listener to catch his or her breath.

The band does introduce a new element to their crushing approach, and that are some sparse percussive rhythms you would more associate with contemporary rap. Being the fussy conservative death metal fan that I am, these had me kinda spooked at first, because fuck that rap/trap crap. After a few repeated spins it did seem to fall in place though, and I am willing to admit that these elements do afford some hooks to the pummeling brutality that Fluids dish out. But I am glad they didn’t overdo it with that stuff though.

Fluids remain a breath of fresh air between the Incantation clones, the Entombed/Nihilist clones and the tedious slam bands that crowd the nowadays death metal scene. Even if this effort is not the sledgehammer blow to the cranium that their previous full length was, it still beats the shit out of most death and grindcore bands around these days, so go check Fluids out if you haven’t already.