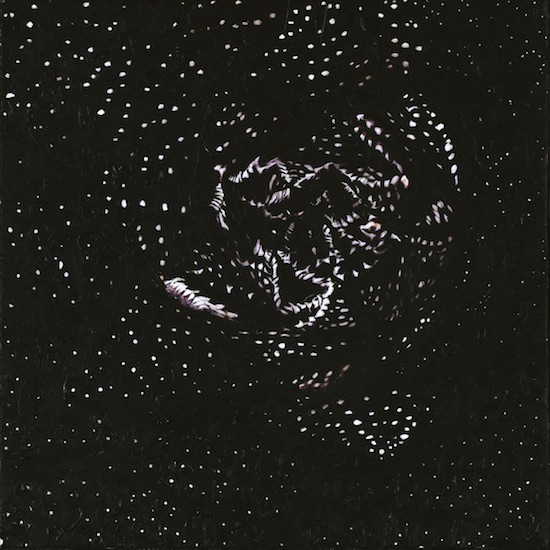 In my home country of Canada, there's a lot of metal bands I can boast about. For one, I'd argue our tech-death is the best in the world - we have the Quebechnical scene which has flagship bands for the style such as Beyond Creation, Gorguts, Augury, Neuraxis and First Fragment (to name but a few), not to mention B.C. is home to the current running undisputed heavyweight tech champs that are Archspire. We've got some Cascadian black metal and crust on the west coast, modern extremities such as Tomb Mold and Adversarial in Ontario... I didn't even mention the outstanding quality of QCBM and how it's one of the best current black metal scenes right now.

Out of all of those little, the one that may be the most intriguing is the Canadian war metal scene. We have a surprisingly large stake in the genre, being the home of two of the main pioneers and shapers of the genre in Blasphemy and Revenge, and the West coast in particular took the primeval chaos invoked by those bands and twisted it in all sorts of haphazard, entropic directions, creating a unique niche of black/death metal in the process. Bands such as Mitochondrion, Auroch, Dire Omen and Begrime Exemious are the current torch bearers of this obfuscating, inaccessible death metal. Even within such a turbulent and uninviting scene, though, there is one band that still manages to rise above as the most obscure. They are the most convoluted and demented, the weird, uncomfortable black sheep in a style full of them.

That band is Antediluvian, and they have unceremoniously announced a new full-length. The Divine Punishment is only the third full-length of the band in 15 years, though they always remain perpetually active through a trickle of EPs and splits. It's a fittingly weird release schedule for a weird band: never still, but never in the foreground. They subtly slipped out of metal's consciousness after Logos, however, they didn't fade into obscurity - they were already neck deep in it to begin with. Their notoriety exists more in the form of a fringe, tertiary sort of hype. No one's going to claim this is their favorite band, but if you're an extreme metal fan and talking about the bizarre fringes of it, Through The Cervix Of Hawwah should unquestionably come up in conversation. There's a certain unspoken respect between the (clearly very disturbed) individuals that can appreciate this music, because this is not the type of thing that is meant for normal people, even within an extreme metal sphere.

There is an x-factor giving that extra dollop of entropic convolution: the drums. Mars Sekhmet has one of the most original ways of navigating the instrument I've heard. At first, the abundant, stumbling fills and constant, sudden tempo changes sound like Sekhmet forgot how to drum and reacted by pushing her kit down a flight of stairs, but after two songs, you realize all the drum hits sync up with the guitar. The attention to detail and precision isn't immediately noticeable, but the magic is in how Sekhmet channels a Picasso-esque form of expression, turning high-minded complexity into simple primitivity. It sounds like a child playing drums, and I mean that in the best way possible. The amount of talent you need to create a vibe like that is not instantly apparent, but Sekhmet's chops are nonetheless astounding when examined.

Of course, that's merely the skeleton of what makes this band so twisted, incomprehensible, confusing and fascinating all at the same time. The meat of the emotion is conveyed through the guitars, themselves a series of disjointed stutters that operate more in the realms of texture than they do taste. I wouldn't be surprised to hear that whoever the primary songwriter is has never heard a pop hook in their life. Your definition of what "memorable" means will get completely thrown out of the window with this band, because you don't actually remember how any of the songs go, even with repeated listens to try and get the "pattern" down. What remains once Antediluvian finishes playing is an overwhelming sensation of totality, like you saw the entire observable universe within your frame of view for a split second. You have absolutely no clue what just happened, but at the same time, you want to do it again.

The band's sound has evolved throughout the years, difficult as it is to tell through the swirling noise. Earlier works were much more primitively disjointed, and felt like they were barely holding themselves together from tumbling into a mess of off-timed claustrophobia. The Divine Punishment is more cohesive, although that feels like an ill-fitting word given the nature of Antediluvian. It's more that riffs repeat for more than a few times, there's actually moments that stick to the same theme for a while, and it sounds like the time Haasiophis spent playing live in Revenge rubbed off, with a singular primitivity to the heavier, more forceful sections that is reminiscent of the fellow Albertans. You can actually understand it after a few listens - the band has found different ways of refining and channeling their trademark chaos.