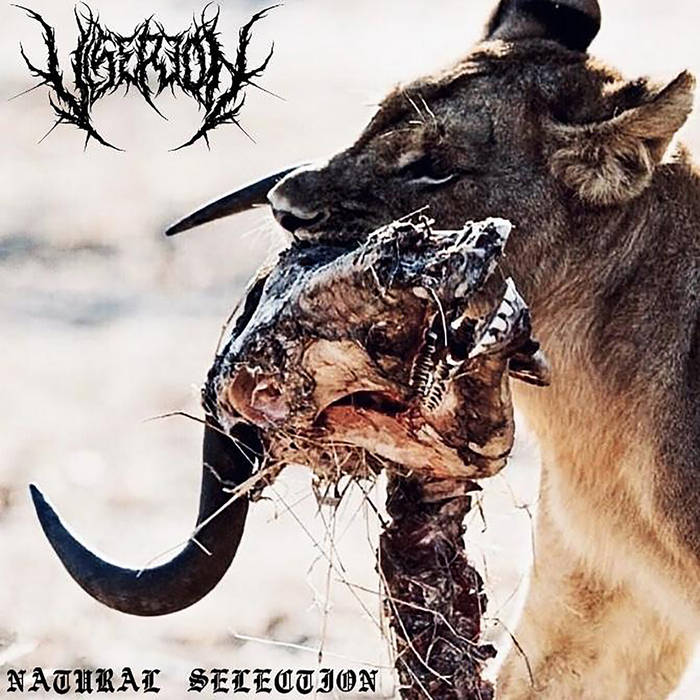 Won't be your cup of tea if you were looking for keyboard laden melodies and beautiful landscapes; no, the black metal Viserion create sounds like a motorcycle revving out of control. A bit on the raw side of the production and does not fully commit to it with the production being somewhat glassy.

Though you'd find a more followable rhythm piece such as on the groovier 'Tortured Soul', the song still maintains a sense of intensity due to the vocals being so harsh and bruised. This paired with the distortion and sudden change in rhythms on a song per say 'Vaporized', creates a good bit of confusion and demands the attention of the listeners to keep a keen ear out for the shining bits and pieces.

A song such as 'Desolation' would present itself as an opening piece to compliment the ugliness of the cover picture as this is perhaps the most frantic and untamed piece on Natural Selection. Hence said, Viserion applies touches of second wave black metal to their craft, minimal progressive elements and some death metal aspects especially on 'Vaporized' and the title track. Even the death metal grunts sound primal and adhere to what seems to be the initial idea behind the album sound-wise being untamed and frantic though it would be contrasted at times by calm, acoustic sections.

Natural Selection sounds similar to some releases of the early 2000s that were aiming for that unrefined grating sort of black metal without completely abandoning the second wave roots. This album is a good 1st full length that does not make the mistake of running the same circuit as many others within the genre, and exhibits what Viserion are capable of. Natural Selection is a decent short burst of energy that new comers would need some time adapting to, however for more trained listeners it's a welcome treat.