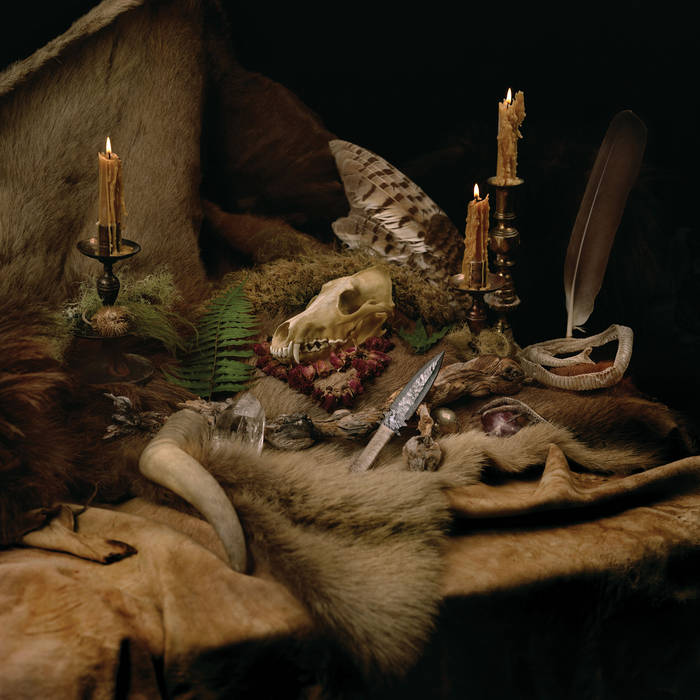 Wolves In The Throne Room is a band that at this point needs no introduction, but for the uninitiated they’re one of the most well-known US black metal bands of the past two decades and are considered the pioneers of “Cascadian black metal”, which is basically their brand of atmospheric black metal and inspired a whole scene in the Washington and Oregon area, but I digress. After 4 years since their opus Thrice Woven, the band have finally decided to return with their seventh LP Primordial Arcana, released by Relapse Records.

WITTR’s status as the frontrunners of Cascadian black metal has been unwavering. Multi-instrumentalist brothers Aaron and Nathan have been refining and expanding their craft over the years. Their now signature somber and lush style of black metal is wherein the band incorporated folk instrumentation which further enhanced the band’s mystical and mythological atmosphere. That’s still very much the case with this new record which also includes the continued contributions of guitarist Kody Keyworth, however, while the previous record was a very rich, ambitious and sometimes symphonic offering, this new record is the band’s most straightforward and concise record to date, while also being their most musically intense and ferocious record and all of that without discarding the folk driven melodicism and atmosphere of previous record. As a whole the album feels simultaneously ancient and modern, the production and sound continues to be another triumph of the band, who once again produced this album themselves. The same can be said of the music; if there’s a band that can make their music sound like the forests of Cascadia, that band is indeed Wolves In The Throne Room, as this album captures not just the majestic beauty and mystery of the woods and the folklore behind them, but also the cruelty of nature, the anguish, the darkness and the melancholy of ancient times.

Primordial Arcana also continues to display the band’s musical talent. The trio’s instrumental prowess is not just as good as their previous record but the overall performance the band gives sounds fresh and reinvigorated. One minor criticism I’ve had with Wolves is how their music could get a bit too bloated and self-indulgent (a frequent issue with atmospheric black metal in general), and for as ambitious as Thrice Woven was, the middle point always felt a bit languid, not boring by any means, but it was certainly an album that was best enjoyed with complete focus. This record though, has none of those issues, the band has a tight and focus approach, tracks like the opening track 'Mountain Magick' and 'Primal Chasm (Gift Of Fire)', is when the band completely embrace their blackened side, but again, at no point does the band discard or sideline their atmospheric tendencies. The keyboards and ambience has as much importance and impact as the guitars, drums, bass and howling shrieks and blood curdling growls. This is best illustrated in tracks like 'Spirit Of Lightning' and 'Underworld Aurora' where the band seamlessly switches back and forth between aggression and atmosphere and can combine the two masterfully.

There really is little to no flaws worth mentioning. Wolves In The Throne Room really achieved something truly special with Primordial Arcana. You’d think that a band that is on their seventh album would start showing signs of age but not only this isn't the case, this is an artistic and musical rebirth, as well as a new peak for the band. I’d go as far to say that this album is both a great new addition in the band’s discography as well as an excellent jumping on point for new fans. It’s got the best elements of Wolves’ sound distilled and refined to a tee, and this is easily one of the better black metal albums to come out this year. Highly recommended.