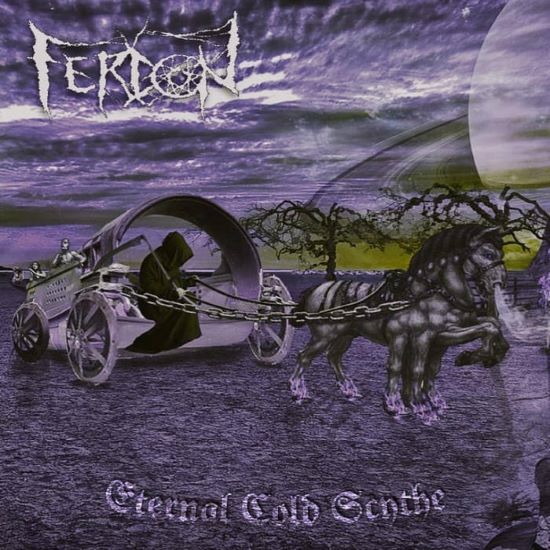 Fergon's early work started in late 2020 with a couple of EPs and full lengths, which displayed an even more raw sound akin to Bathory (which Jan has stated as a prime influence in his first works). This release however is the last to be done solo, as by now Fergon has evolved into a full band. Eternal Cold Scythe has some furious bass and guitarwork, very well executed and harmonizing at every chance possible. Jan's vocals are great as well, with a mixture of high-pitched shrieks and growls intertwined wherever possible. The songs themselves, despite some of them being a bit long, are made so that the listener barely notices their length, ensnaring the listener into a great experience that, sadly, ends too quickly.

This, however, is not a surprise given the circumstances of the EP in question. Eternal Cold Scythe was actually meant to be released as a full-length album, but due to time constraints and with a new album in the works as a full band, Jan has elected to release his latest work slightly incomplete as an EP. Does this mean the music quality dropped with it? Not at all. Despite my personal thoughts with the sound, it is a great piece of work. The guitars may sound a bit "drowned" and "spacey" and the vocals may be even more drowned at moments than the guitars (some vocal passages are barely perceptible due to this) but the overall atmosphere is entrancing and captivating.

With 5 tracks and 18-minute runtime, this is a well-made EP that may have some issues in its overall sound but complements this with an excellent cold atmosphere. With this work the new era of Fergon dawns, inspired by (and practitioner of) the anti-cosmic ways presented in Dissection's "Reinkaos" albeit in a way more akin to their first 2 albums. Maybe it is a bit raw, maybe it feels unfinished, but the music quality is strong, and so I hope to hear more from Fergon in the future.