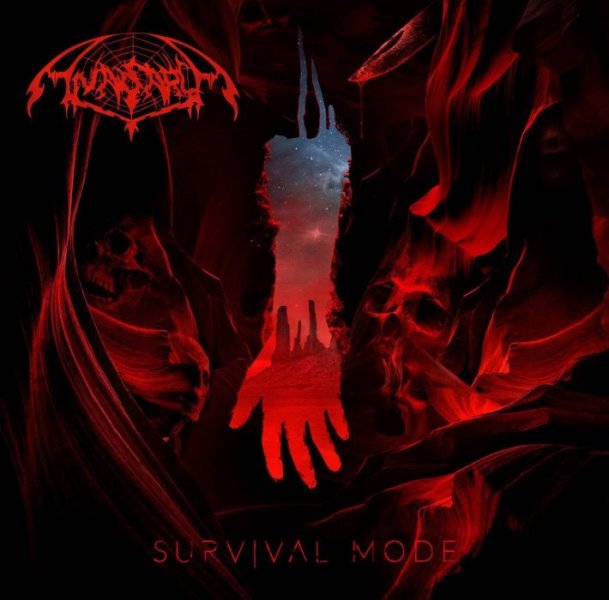 Anasarca from Emden, Northern Germany don't take long (after a short spoken-words intro) to show on their fourth studio album Survival Mode, where the death metal hammer hangs. From the first note on, they beat mercilessly and rarely take their foot off the gas pedal.

Whoever knows anything about the North German death metal scene, will recognize certain parallels on this album to the guys from Obscenity, who play similar, quite brutal death metal. But when the quartet slows down their tempo in between, melodies appear, which reminds me of old Paradise Lost. Recurring elements are the staccato-like riffs, paired with chopping drums and also again and again grind-like vocals are incorporated into the songs. The tracks are on a technically demanding level throughout. Anasarca skillfully manage not to drift into dull banging, but to keep a playfully high level throughout. The only criticism is that the songs sound a bit alike in places, but that's complaining on a high level. The production is very powerful and strong, here there is nothing to complain about. This is how a death metal album must sound! Particularly outstanding tracks are in my opinion the title track, a driving song with a cool doomy intermediate part; 'Blue John' and 'Touching The Void' with very nice melodies as well as groovy parts, just like in 'Endurance' also as a matter of fact.

As a bonus there are five extra tracks added. Two of them are re-recorded, one is a new track and there's cover of Obituary - "Godly Beings" and Vomiting Corpses "Dogmas Ignored" (does anyone besides me know the band?). By the way, singer Michael was the shouter with them until 1995. Nice extras!!!

I can recommend listening to this disc to every death metal maniac, there isn’t much wrong with this!