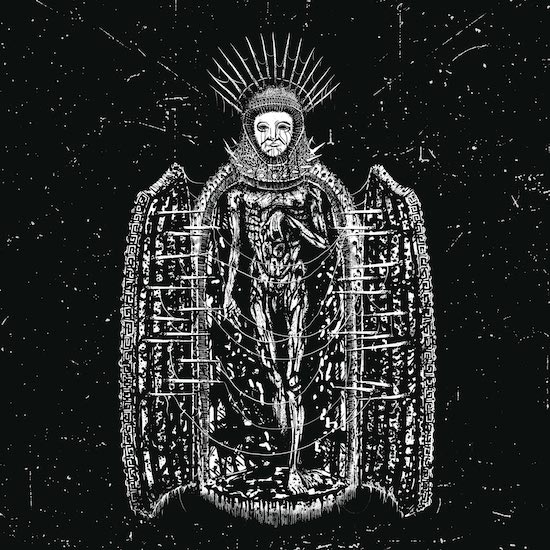 With a slightly long atmospheric intro that erupts in reverb-drenched spastic brutality, slithering forth, slowly but surely, comes Malgöth's long-awaited debut full-length Glory Through Savagery, a work that, as their previous output, is worthy of attention if you are a fan of raw black/death with atmospherics aplenty.

While it starts at a more controlled pace than its predecessor (the Primordial Dawn EP), it becomes faster a bit later on.
Heavy riffs are thrown everywhere, with the mixing letting them be heavy without being overproduced and with the noticeable lack of bass sound that many bands of the extreme spectra tend to have, although the overall music doesn't suffer from this. The drums are well executed yet drenched in so much reverb that it feels like a marching army going through the most dark, hellish catacombs in the world. This sensation is further amplified by the vocals, which are thrown everywhere in the record. Layers of growls, screams, shrieks and whispers appear non-stop throughout every track, turning the experience into one of complete suffocation and despair. This was already a great aspect shown in Primordial Dawn and it's beautiful to see it improved here in this record. Also worthy of note, there are some brief solo sprinkled here and there, which are a nice touch for a record of this style.

In terms of production, the mixing for this particular style needs to be not overproduced. The instrumentation is mixed and balanced very well, yet it retains that characteristic raw touch that it needs. However, the instrumentation is completely drenched in reverb (the drums being far more noticeable) but it somehow amplifies the atmosphere and sound of the overall record rather than hurting it. It does feel like this album was recorded in the depths of the world, in the darkest catacomb in this planet. However, the lack of bass is a bit of a letdown. In very brief moments its presence is felt, but the sound (and low tuning) of the record makes it barely perceptible.

A fantastic improvement over their previous release, Glory Through Savagery honors its name by being a glorious slab of savage war metal. If you are a fan of Blasphemy, Revenge, Tumult, Necroholocaust and similar bands, don't miss this one. It'll be a nice addition to the collection. It may not be the perfect war metal record (that title belongs to another record) but it shows Malgöth has been improving their craft and I couldn't wish for more.

Out on October 1st, 2021 via Iron Bonehead Productions.