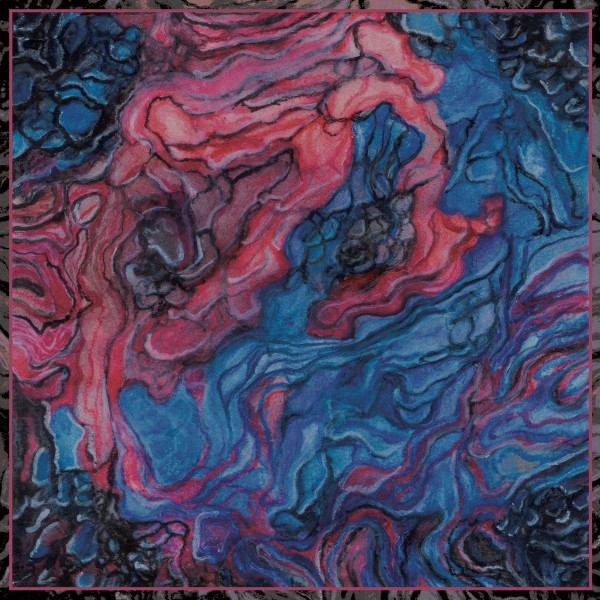 Thecodontion, the "primitive" death metal band has teamed up with none other than Vessel Of Iniquity to conjure a conceptual split. The result? The Permian-Triassic Extinction Event, a 23-minute release about the mass extinction event of those giant primitive creatures, the consequences of such catastrophe and lifeforms surging anew afterwards. This event in particular (commonly known as "The Great Dying") has been shown and exposed countless times in various documentaries and textbooks, but could this really be summarized in a good way through music, let alone a 3-track split?

Thecodontion's side of the record is an atmospheric delivery of furious riffs, pummeling drums, beautiful leads and raw growls drenched in reverb. Their tracks (conceived during the sessions for "Supercontinent") are about two different lifeforms that lived after this event in particular (Thecodontosarus Antiquus was an ancestral relative to sauropods, Procompsognathus Triassicus was a small bipedal carnivorous theropod). These are some really heavy, melodic songs with atmospherics abundant. The bass takes all the credit here, as it takes the guitar's place and produces some gritty riffs with a really brutal distortion. The leads as well are played in this instrument, and they are wonderful to listen to as well. The drums are well-played as well, without resorting to maniacal blast-beats but instead choosing a more atmospheric pace without eschewing speed. The vocals are fine as well, nothing particularly innovative but it gets the job done really well, although the reverb on it may not be of everyone's liking. In terms of production, everything is crystal clear. Despite the bass being an absolute beast in terms of sound, it does not drown the vocals or drums. While the tracks are great and enjoyable, they actually are about creatures that lived after The Great Dying, so what would Vessel Of Iniquity's side be like?

And as soon as I wondered about that, it began...

Vessel Of Iniquity's track, aptly titled 'The Great Dying', is about the event itself. And I was not prepared for this sudden change in pace, at all. This track, taking up 11 minutes of the runtime, is a terrifying sonic maelstrom of chaos and death. Furious blast-beats intertwined with layers of guitars in harmonized despair, while distant shrieks of agony and pain are all drenched in engulfing reverb. In a way, it simulates the absolute destruction of this cataclysmic event and all it encompassed. After a prolonged time of pure chaos, it switches to an atmospheric pause. A respite of the destruction as the world lays barren. The atmosphere still remains suffocating during this moment, with tension building up again until the instrumentation resumes. Now slightly down paced and more controlled, as life shall emerge anew from this event. And all of a sudden, it resumes its ferocious speed, fading out after a couple minutes. I will admit that I am not a fan of Thecodontion, but I still found what they did enjoyable to a certain degree. While listening to this release I came to appreciate what they are doing but it still doesn't click that well with me. But with Vessel Of Iniquity... I'm speechless. Taking in consideration that it's a one-man band, it totally obliterated the first half of the split. It reminded me of Abyssal mixed with Xasthur. There are no words I can keep writing to express the magnificence of 'The Great Dying' and the surprise I got by listening to it.

The split as a whole is very good, with Thecodontion's side being a more straightforward death metal side and Vessel's side being atmospheric black/death. The sudden change in sound and pace from one band to another may bother some people, but I wouldn't have it any other way. A great conceptual record, but if I have to choose the top band here, Vessel Of Iniquity it is.

To be released on September 3rd via I, Voidhanger Records.