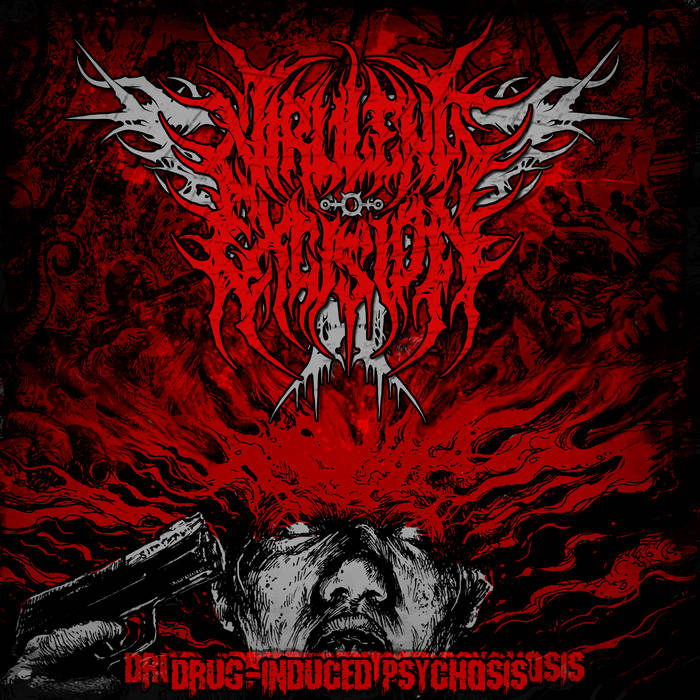 Whoa, this stuff pounds harder than a fat lady falling down the stairs! Good thing this CD only lasts some 16 minutes, because much more would've turned the whole neighborhood into a smoldering crater.

The band serve up a tasty mixture of slamming brutal death metal in the vein of acts like Abominable Putridity or Devour The Unborn, with influences from older acts such as Skinless, early Devourment and Eternal Suffering. The music has all the typical characteristics of the brutal death metal style you'd come to expect: the gutturals, the alternating slamming parts with vicious blasting and the down-tuned guitar work, it's all here. What sets these guys apart from their colleagues is the variation in the songs. The band does not stick to the usual blast-slam-blast structures that are so common in the style but inject more variation into their music. The song structures have an old school death feel to them, making their sound feel more like an updated version of what bands like Suffocation or Dying Fetus did on their earliest releases. To put it simply: Virulent Excision don't just string together a bunch of individual parts, they write actual songs, while keeping their music remorselessly brutal in its execution. Another commendable thing is that the band does not overdo it with the intros. This is what a brutal death metal band in this day should be in my opinion.

The only criticism I'm going to make is one of pure personal taste: for me it sounds perhaps a tad too clean. This could have used a bit more grit, like the latest Devourment album, for example. Again, this is purely personal, you reading this might have a whole different take on it.

This EP simply crushes the competition with ease, and stays interesting even after repeated spins. This is recommended to all who are into well executed, heavy and aggressive brutal death metal. It will not disappoint.