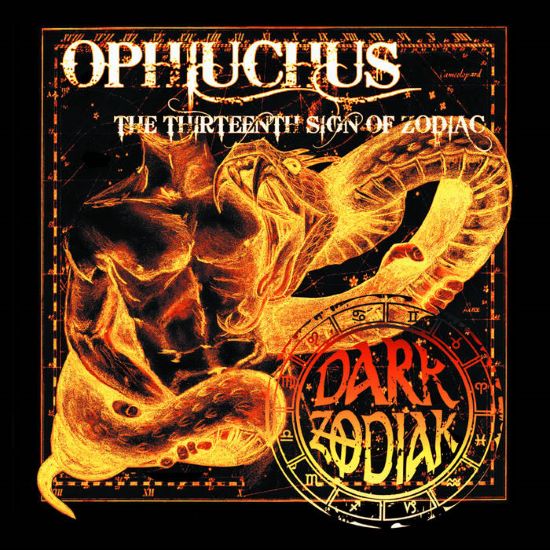 Ophiuchus has had multiple playing sessions and with each time Iistened to, there is a manifestation of both satisfaction and exhaustion. Firstly, Dark Zodiak being a death metal band from Germany was enough to grab hold of my interest, take that and group it with the late 90s early 2000s death metal formula fetish the members have going on plus a damn good vocalist, there's not much that could have gone wrong in a perfect world. However, Dark Zodiak may have created an album that has an excessive run time as though they were trying to prove something that was already proven earlier on Ophiuchus.

The first set of tracks, 'Do More, Say Less', 'Invisible Apocalypse', 'Ophiuchus' and 'Humor' make it abundantly clear that the band are more than just good at their craft. Compositionally and instrumentally intelligent, and more so followable such as on the title track that segues gracefully into a tranquil guitar solo driven sector that expands and builds upon the death/thrash foundation of the song and eventually it's texture. Vocally impressive with front woman Simone unleashing monstrous growls, shrieks and squeals that is one of the main highlights of the album. Her dynamics and range are incredible, and they don't come off as forced, computerized or manipulated in anyway. When combined with the music, they sound necessary and thoughtful on the 7-minute track ('Ophiuchus') of death/thrash terror, hence there is a strong sense of compositional chemistry and harmony exhibited. Even through to the final installment 'Ignorance', the music holds up well and you'd have to really dig deep to nitpick at anything.

However, despite being a massive accomplishment for the band in terms of songwriting, they seem to have given too much than required. Therefore, by the time you've hit 'Total Freedom', you can't seem to dispell the feeling of being dragged to the end. '2020 A.D' would have been an excellent conclusion to Ophiuchus provided its once again flaring display of musicianship on all ends with much dynamics seamlessly woven into a succinct and comprehensive song. And though followed by 'Total Freedom' that again puts on a showing that is unforgettable as the guitars ascend and descend in pace as they transition to the lush and gigantic solo, it comes across as if Dark Zodiak are sweating to prove a point that has already been accounted for up the order and had never dissipated.

At the end of it all, Ophiuchus by Dark Zodiak is a must have for anyone who enjoys death/thrash metal of the late 90s to early 2000s; it's filled with memorable guitar solos, excellently syncopated drum patterns and a beast of a vocalist. A humble band that goes the extra mile to show sincerity and skill.

"Humor is a tender weapon"