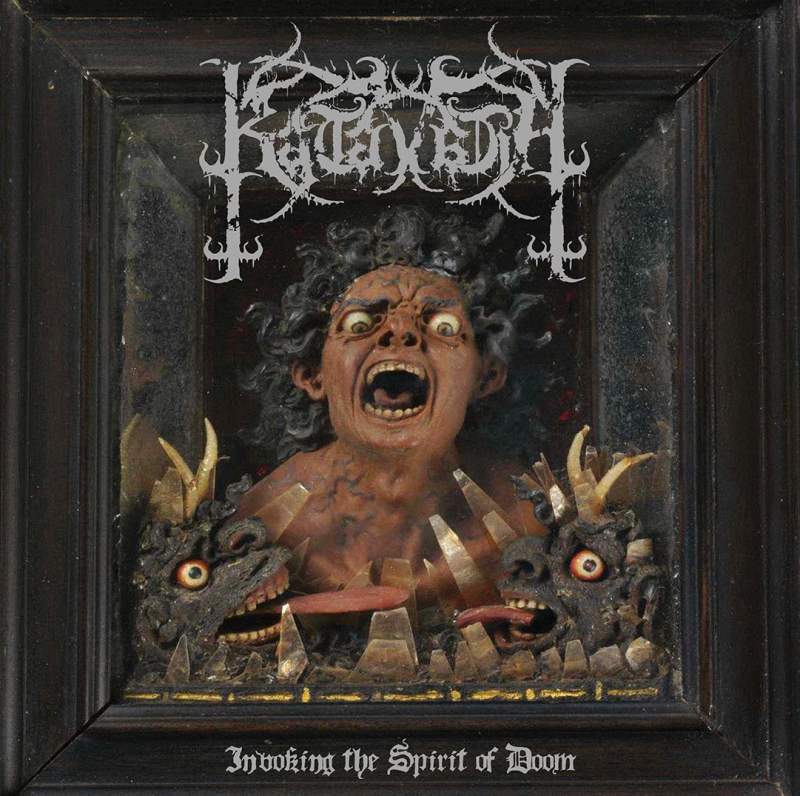 Greek black metal (or Hellenic black metal if you wanna be "KVLT" about it) has always been an underrated regional style, despite being as old and as influential as the Scandinavian scenes. Not many metalheads hail a lot of the bands beyond the now iconic names Rotting Christ and Varathron, and since I mentioned those bands, today I'm gonna talk about the newest EP by greek black metal supergroup Katavasia.

Invoking The Spirit Of Doom is the most recent 2 track EP by the Hellenic cult, comprised of members from bands such as Varathron, Hail Spirit Noir and Zaratus. This band's style of black metal is pure and unadulterated Greek black metal in the best possible way and much like the scene's pioneers the main factor are the riffs and classical melodicism, as well as the use of keyboards to enhance the music. The band have already flexed their music chops on their previous LP's which were excellent in it of themselves, and all the elements that made them good are still here. The emphasis on big chunky riffs, the ominous keyboards, and of course, the unmistakable raspy choir like vocals of frontman and founding member of Varathron Necroabyssious. His distinct growls are what gives this album that classic Hellenic edge that people love about Varathron, and the 2 songs here have that simultaneous dark and epic atmosphere and catchy classical metal-inspired melodicism that only the Greeks can pull out. So, all in all, a nice and compact treat the band released while they work on a potential third opus.

That being said since this is an EP and is only 2 songs it does feel like these are just leftover tracks from the previous album. On their own they're good, there's nothing really negative or poorly made about them unless you're absolutely not a fan of Greek black metal. Overall while these are 2 good songs, its not an essential release, and if you want to check this band and see why some people talk very highly of Greek black metal, then you're better suited checking the band's full-lengths and check this as an aside.