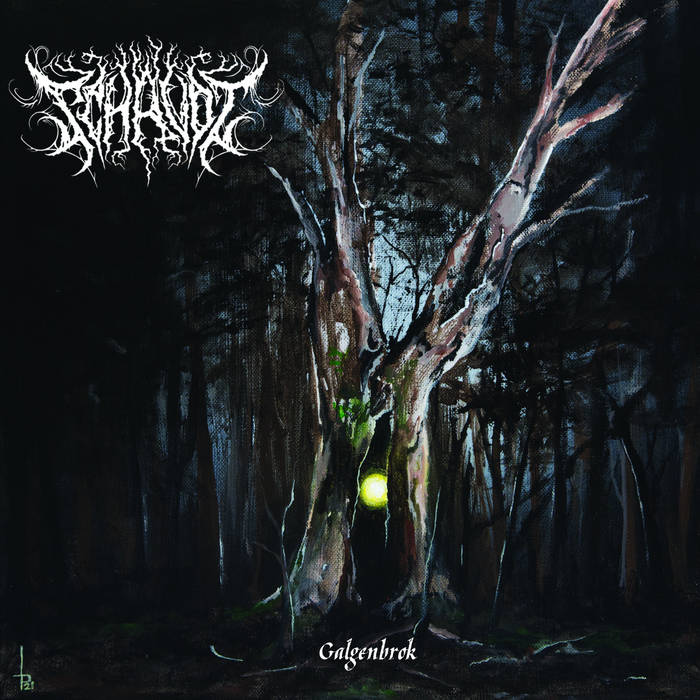 The mid-90s were (at least for me) a pretty cool time, especially when it comes to the music I discovered there. I remember that almost every month some pretty cool albums were released, especially when you think about the black metal scene. Of course, not only the Scandinavian scene was pretty strong at that time, but I guess they were the most influential in that part of the world. So, it is always nice to listen to the old stuff and feel a little bit nostalgic. I mean, back in these days you did not have any problems with your back nor you started counting your first grey hairs. Or things worse than this (though what is worse than grey hairs? Maybe no hairs…). For some time now, I was looking for new music that fills the gap between those old classics and the quite often not really catching releases (of course there are some exceptions, but most don't really impress me too much) of the pre-in between-post-vegetarian-drone-hippie-straight-edge-black metal scene nowadays. Dutch Schavot did a great job with the release of Galgenbrok but I have to confess that the album took some listening to to open up fully to me but ever since that I have to say that it plays quite often out of my stereo.

The album starts with an atmospheric and mystic intro which doesn't last too long and turns into a very melodic and catchy track soon enough. The riffs are sharp as blades and the drumming is quite fast and pummeling. The vocals are kept very aggressive and through the double-laid vocals (high-pitched and somewhat deep and demonical) there is certain evilness in it (and again, as I already stated in former reviews, the Dutch language makes up the rest). But through the often-used keyboards, the track keeps up a great atmosphere throughout. 'Galgenbult' reminds a lot of old Emperor or Satyricon mixed with some old Swedish black metal influences, especially through the mixture of the keyboards and the dramatic riffs combined with the spoken words. This is pure 90s worship! The following track 'Witte Juffer' starts quite atmospheric but; from minute 2 turns into a tribute to Zyklon B, if anybody remembers this cool Norwegian all-star band anymore. Very aggressive and again I have to confess that I didn't felt such a 90s vibe on a new album for a very long time. Another very sublime and atmospheric song is 'Moeratland' which a great keyboard arrangement and icy guitar riffs combined with galloping drums. The very catchy bridge is epic as fuck and makes me shiver from full of nostalgia again. 'Droglicht' is a track that could have been on "Nemesis Divina" by Satyricon. Here Schavot create this dense and thriving atmosphere that Satyr and Co. recorded on their 1996 output. This is really another greatly outstanding track, but all the compositions are worth listening to.

What else can I say about Galgenbrok? The artwork is really lovely designed and keeps this somehow mystical atmosphere in mind. The cover painting is designed by Johan Prenger, a Dutch painter who did some really impressive work in the past. The production of Galgenbrok was done by Floris Velthuis (the mastermind behind the band and also active in other bands such as Sagenland or Asgrauw) and is a really good black metal production. It leaves a cold atmosphere, and the bass is kept slightly in the background so you cannot feel too much warmth in it. Nevertheless, the production is very clear, and I would say that it doesn't lack anything here.

So, as a final conclusion I would say, if you are a fan of mid 90s Scandinavian black metal and bands such as Emperor, Ulver, Satyricon etc you should immediately listen to the album because in my humble opinion there hasn't been an album release within the last years that keeps the spirit of the 90s alive like Galgenbrok. Nevertheless, maybe Floris will be able to top it on the next Schavot album (although I know this will be quite difficult) but this is the only reason for not giving a full 10-point rating!