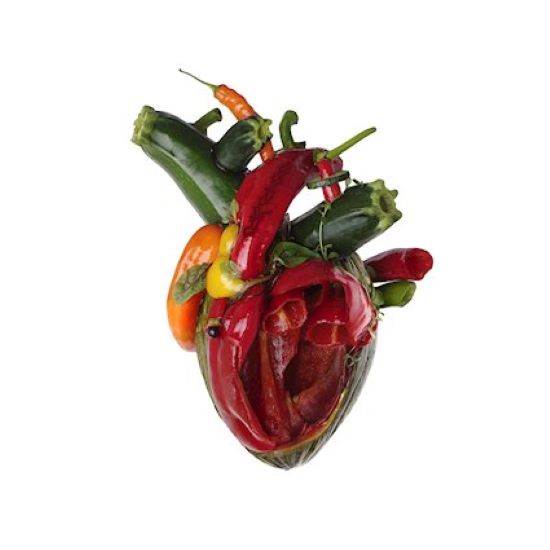 Well, somehow, I miss the good old times when you got your medical terminology knowledge from studying Carcass lyrics. Unfortunately, they changed lyrical topics in 1993 when they released Heartwork so that my profitable career as a doctor ended very early in my youth, even before it really started. Now I have to earn my bread as a reviewer sitting in a moldy and dark chamber I can only leave to eat, drink or go to the toilet. “Buried Dreams” as they said when I was younger….

Now I have the newest Carcass output Torn Arteries in front of me and I have to confess that I didn´t had the greatest expectations for this album. I guess, I have to blame the lukewarm (although this is still flattering) Despicable EP from 2020. This was a pretty boring release which disappointed me a lot after the quite okay (but also not too exciting) comeback album Surgery Steel. After listening to the first single output (aside from 'Under The Scalpel Blade') 'Kelly´s Meat Emporium', I have to confess that I got a little bit more excited for the album. So let´s see if this promising song (which is going a little bit back to the good old grindcore days) is only a flash in the pan or trendsetting for the album.

Torn Arteries start with the title track which is kept in the style of the mid 90s Carcass outputs, mid-paced and melodic stuff which appears very interesting. Here and there some grind shouts are performed by Jeff Walker so that you can be quite happy with the start. ‘Eleanor Rigor Mortis’ (is it the Eleanor Rigby that died in the church and nobody came to her funeral??) starts very fast and develops into a groovy mid-paced track with some quite melodic riffs. ‘The Devil Rides Out’ starts with a cowboy-like riff and turns into a galloping track with very catchy hooks. ‘Flesh Ripping Sonic Torment Limited’ (what a title) is the longest track on Torn Arteries and the longest track Carcass ever have written and also very diverse. A lot of breaks, twists and turns characterize the song. The tempo is very varied, and you don´t get the impression that the whole track has a running time of 10 minutes. ‘In God We Trust’ is the most outstanding song on the release. I have to confess that I really LOVE this track! It´s just a perfect song to party! Okay, the start is a little bit average and a typical Carcass riffing, but when they start to increase speed in that track combined with this groovy riffing and these casual drumming, it is very rousing. In the middle of the track, you can discover the typical Carcass melodies for what we all like them (some riffs even remind me of old Arch Enemy) and I think it would describe it best describing the track as Carcass meets some groove metal. The other two tracks remaining both are typical Carcass tracks though the band lets some traditional metal influences flow into them, both tracks are worth listening to. Apart from that is the last title ‘The Scythe´s Remorseless Swing’ a pretty great title. I guess that Nathaniel Hawthorne would have had been pretty glad to find such a title for one of his stories.

Let´s sum it all up: Carcass is back in town and if you liked their latest output, you won´t be disappointed (I told the reason for that already). I you liked only the older releases until the late 90s, I guess you should risk putting an ear to Torn Arteries because in my opinion they found their old strength. Not all is really gold because I think the slow parts could be a little bit less utilized, but when the guys keep up speed, they appear very convincing.

So, for now, I have to leave my chamber for dinner. Maybe I will read a little bit in the ICD 10 or watch old Emergency Room episodes while doing this and maybe my career as doctor will get a second chance!