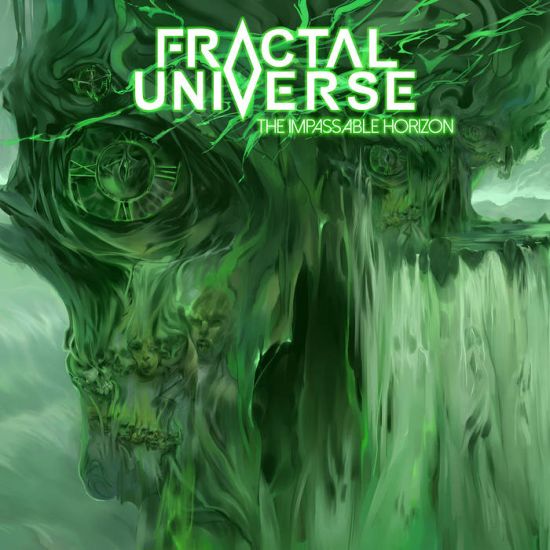 Let's pretend you suddenly got a ton of money for some reason. Maybe your late grandfather got drunk in the seventies and bought a Rolex Daytona just like the one Paul Newman had, never actually got around to wearing it because it's, you know, ugly, and gave it to you to do whatever the hell you want with it before he passed away. Or, for some reason, a Kardassian or a Britney (whatever those are, I don't follow sports but they seem to be famous) mentions your DIY black metal project and it suddenly sells a million copies. So, now, you decide to treat yourself with something nice. It has to be music-related, of course. Maybe a nice house with huge glass windows with a lovely view of the forest - of course you didn't buy one of those houses within a spitting distance from some redneck neighbors, right? And in that one, special, room, you got yourself a comfortable sofa as seen in a Rolls-Royce and a high-end hi-fi stereo system. Speakers at least a meter tall, maybe Italy's finest. Pre-amp and amplifier separately, of course, possibly something British. A CD player that's best in class and some wires from the hardware store to connect all those - you're not an idiot to fall for the "golden cables" hype after all. There you go. So, now, what do you listen to?

Raw black metal, obviously. It sounds bad, but you want to hear exactly what and how they did it back in the fire-breathing 1996, without your stereo system adding anything of its own. And some brutal technical death metal? You know, just to test the limits of these speakers? Right. Done. And now that you're done, there's one more thing. People buy these things to be able to hear everything, follow all the details in their full glory, and not lose a thing in translation between the artist and their ears. You're not in the mood for classical right now, and you think jazz is some sort of junkie music? Then, take this one, Fractal Universe, next.

And man, is there a lot to follow. Just as I started to make sense of the previous album, there's another one. Better? Worse? Don't know, don't care. Just like the imaginary forest before you, there is hardly a straight line or a straightforward part in there. At times it's like every instrument is on its own, but they do work together. And it takes a few spins just to discern where some of the riffs, rhythms and melodies begin or end - but it's all coherent. And, dare I say, classy. Clean. Refined. Elegant. Like a mathematical problem, as complex as possible, solved in the most efficient way. So there's a hyper-melodic chorus at one point, but composed of parts that don't even sound like they are from the same song. Or a guitar solo flowing over a cacophonous part without disturbing it, with four key notes somehow accentuated by the drums. Or a twisted melody with one note omitted, by one instrument, and repeatedly. A labyrinth of guitars. Plenty of space for the drums to show off without detracting from the music. Plenty of moments where it's obvious that there's a bass player too and that he has something to say. How? Someone somehow thought of that and made it happen.

There's inspiration. But, hell, there's perspiration too, and nothing looks like an accident or an afterthought. There's a thousand other curious things happening between almost straightforward blastbeats and more quiet, moody parts - all complex, but none exhausting. So instead of having to make a conscious effort and struggle to understand what's going on, it's just as easy to relax and observe. The level of interplay between the instruments is unmatched, the sound is as polished as possible to make the experience more comfortable, but also not without guts (let me remind you, this is still death metal). The riffs and the combinations are always deliberate and purposeful, but maybe not as catchy as possible in absolute terms. However, they are absolutely re-listenable. And rewarding. Once you decipher something, there will be an "A-ha!" moment, and the next time you listen to the album you can smile for yourself because you "got it". And I'm pretty sure The Impassable Horizon will stand the test of time - I can see myself revisiting it more often than 95 percent of music I stumble upon. If there's one complaint it would be that there's maybe a bit too many quiet parts for what's still essentially a death metal album, but they work nonetheless. Because Fractal Universe is in a class of their own now.

Yes, their own. I can't really think of anything similar. If Opeth were actually progressive? If Dream Theater had a heart? If Meshuggah dropped by and just gave them the 3 good parts they know how to make, to use as their own? If Gorod re-shuffled and re-thought their approach? If jazz was as intelligent as it thinks it is? No idea. Fractal Universe even uses a bloody saxophone a few times, and I'm simply not annoyed by it. The last time I listened to The Impassable Horizon I had a few beers too many, and trust me, if there was anything annoying or pretentious about it, I'd notice. But no. No problems. Unless I'm also an annoying, pretentious guy - in that case disregard this and maybe pretend you understood what I was talking about after I'm dead. Anyway, it was as if I was listening to a classy band on a high-end stereo somewhere near a forest and wondering if the cosmic stuff they're singing about can be seen if I stare into the night sky long enough. In reality, I was using cheap earphones just to hear what it sounds like through this particular pair. And, well, if the music makes you feel like you're somewhere else, what more could you possibly want from it?