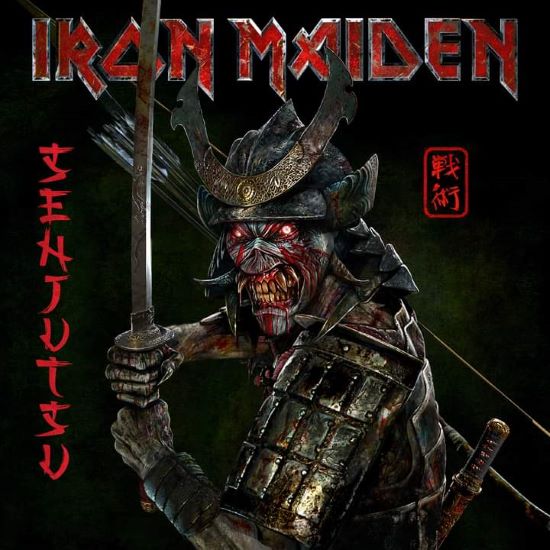 Type: Full-Length
Release Date: September 3rd, 2021
Label: Parlophone
Genre: Heavy
1 Senjutsu
2 Stratego
3 The Writing On The Wall
4 Lost In A Lost World
5 Days Of Future Past
6 The Time Machine
7 Darkest Hour
8 Death Of The Celts
9 The Parchment
10 Hell On Earth
MetalBite on YouTube
MetalBite on YouTube

I never thought I’d see the day A Matter Of Life And Death was overthrown as the best reunion era album but it has finally happened. Senjutsu, with all its color and flavor, is a little bit more consistent and way more varied in mood changes. In terms of composition, it is far more well thought out than its predecessor, it seemed like BOS studio sessions were uninspired as they developed all their ideas from scratch in Guillaume Tell’s facilities. This time they had the main motives and themes already written and they just put them together structure-wise with Arry in the studio. The viral promotional campaign for the first single was brilliant, as was the singles’ selection. 'The Writing On The Wall' and 'Stratego' are probably the weakest songs on the album but after listening to them a couple of weeks before, it was way easier to digest them alongside the rest of the tracks.

As a whole, Senjutsu is a tribute to Iron Maiden’s entire career but still sounding fresh and vital as you can expect from the greatest heavy metal band ever, the genre’s epitome. It is heavy and technical, full of progressive undertones and some references to their previous albums, not rehashed though. Adrian Smith’s guitar work and soloing is top notch and after listening to Smith/Kotzen’s album I knew his interpretation was going to be absolutely fantastic as he is in top form and both albums were recorded a few months away. He shares composition credits with Bruce on the first single, 'Days Of Future Past' -the heavy rocker of the record- and 'Darkest Hour' which is kind of a dark power ballad. Davey isn’t credited on any song, but you can hear his leads accompanying the vocal melodies throughout the whole record, and his soloing is as inspired as it was in 1983. Janick wrote 'Stratego' and 'The Time Machine' with Arry, his trademark acoustic intro style can be noted on the second and his intense, out of the box riffing is fully heard on the first; as well as his crazy soloing.

Arry monopolized song credits probably because he arranged every track’s structure but at the same time, he let the other member’s ideas flow and his own songs are simply amazing. 'Lost In A Lost World' for example, features the traditional “quiet intro-verses-instrumental break-heavy part-solos-quiet outro” structure, marvelously done. The use of witty bridges is remarkable and distances Senjutsu from its predecessor, which was certainly flawed. There aren’t bass solos or particularly interesting bass fills by themselves but the use of the acoustic bass and the composition in general is out of this world. Bruce’s vocal performance is monolithic, titanic, gigantic. Vocals are so epic that at times it feels like they are bigger than the songs themselves. Lyrics are so touching that they would make you wanna cry as you try to go along with them. Despite being 70 years old, Nicko’s performance is brutal. Senjutsu features tribal rhythmic arrangements like I have never heard before.

Overall, I would say this record was thought and written for the loyal hardcore fanbase, those who equally enjoy The X Factor and Powerslave… this one goes to all of us. UP THE IRONS, DOWN TO HELL!