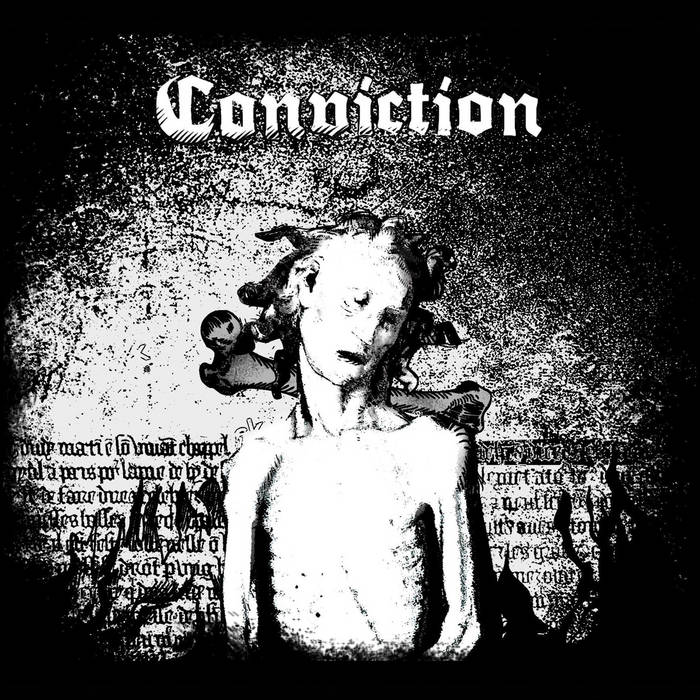 When I initially approached Conviction as an entity in modern doom, I knew only two things about what to expect (being as I hadn't heard of them prior to this album dropping) - the guitarist has a background in funeral doom, and they get really fired up about all the specific corners and crevices of doom metal (based on how they would participate in my doom discussions on Instagram), which actually turned out to appropriately prepare me for the music on this album.

It's very cold, bleak sounding stuff and although the rhythms themselves aren't a far cry from your usual trad and epic doom culprits, it also seems to take queues from the guitar player's funeral doom experience. I'm not the biggest fan of funeral doom, but because the rhythms wouldn't be out of place on an album from a doom band like Church of Void (despite the tone being more atmosphere driven than hard-rocking), it really works wonders for me. The riffing is involved but knows precisely when to take a backseat, like during the plaintive vocal delivery heard on 'Through The Window'. Usually, though, the rhythm section's playing techniques are driving, albeit often on the slower side of traditional doom.

For a point of reference, I feel the heavier verses of 'Castles Made Of Shame' are a bit inspired by Witchfinder General, while 'Wrong Life' reminds me of the recent works of Acolytes of Moros, just more visceral and flat-out depressing. It's damn cool how Conviction can capture this bewitching novelty with their sound but keep the music's sense of direction apparent. Melody-wise, it's a bit similar to what Candlemass did on "King Of The Grey Islands", but somehow infinitely more damning and crushing. Another point of appropriate comparison might be the subtler shades of gloom heard on Lord Vicar's "The Black Powder," which also received high marks from me.

So, I've talked about both rhythm and melody above. The brilliant marriage of these two factors combined with the buried sound of the vocals is what creates such a bleak and dreadful atmosphere with this album. The rhythm guitar and bass feel like a tundra coming down in which you can't see six feet in front of you, but the lead guitar is like the extra wind chill that snuffs out any and all candles of hope. I saw the newest Spiritus Mortis album, "The Year Is One", as being loaded with doom metal slugs that hit you like an emotional sledgehammer, but Conviction take it to a new level, especially with the measured funeral doom tendencies - however, mood-wise, there's still a touch of that stoic, empathetic, or even introspective feel of classic doom bands such as Saint Vitus or Iron Man. Percussion wise, I find the playing to be slightly similar to Mike Smail's drumming on Forest of Equilibrium, which no doubt was a colossal influence on Conviction. However, the actual sound and resonance of the drum kit is utterly unique.

Traditional doom, epic doom, melodic doom, and funeral doom fans alike cannot miss this album. It sits in such a sweet (actually bitter) spot for modern doom. I find it really astonishing that they actually managed to integrate the melancholic influence of funeral doom into the traditional style of doom. For a self-titled debut effort, this album is simply excellent and, in time, the entire doom community will recognize it as exactly that.