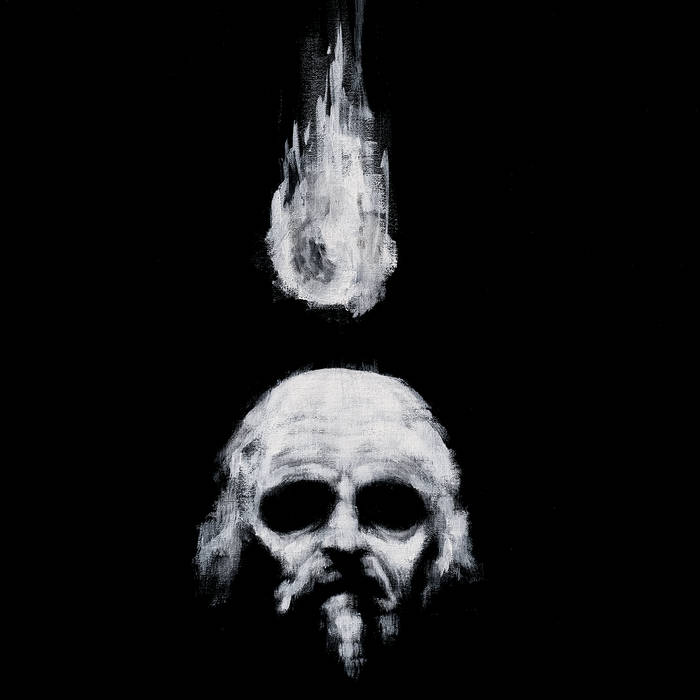 The second album from Polish black metal band Profeci accomplishes a handful of impressive feats. Their debut was released only a year ago but was somewhat off the map in a sense. I remember hearing a bit about that album prior and following its release; however, due to all that was going on at the time (and still is to an extent) that record ended up under my carpet with many others that garnered considerable praise following their initial release. Aporia being the latest form of bleak misanthropy to settle under the Godz ov War banner is an excellent and reassuring album that makes a statement compositionally.

First off the production on Aporia is exceptional, there is this rich wall of sound that rushes you with assertive and bullying force each time a note is played. It creates a towering fortification of instrumental boom that you can hear on the opener 'Demiurge', that follows through to the almost stoner doom influenced introduction of 'Danaidy'. Then there is the music itself that just absolutely wowed me. Being a black metal album, there was not much I was expecting in terms of its instrumental and structural components. However, Aporia really surprised me with the professionalism behind the many faces and tonal textures integrated into its sound. From afore mentioned stoner doom, to folk, rock and goth with tracks like 'Człowiek Urojony' and 'Bojaźń I Drżenie' really utilizing pace and huge power chord driven mid sections to form memorable melodies that'd navigate between anger and melancholy thus adding to the emotional dynamic and attitude of Aporia. While a song like 'Trzecia Ofiara' would open-up with a section that sounds similar to Witching Hour's 'Ligea' or something along those lines; the compositional movement and momentum is sublime and almost surreal at times.

Some parts stick out as being fairly straight forward before shedding skin to morph into more profound and detailed songs as heard on 'Sny Prorocze' among others that combine the passionate vocal delivery with instrumentals that translate with great avail the emotional aspect of the songs. And its not even done there as Profeci would go on to even incorporate electronic effects into their craft as heard toward the end of the aforementioned track. The sonic scope of Aporia is ambitious and the excellence in which these parts transition from and segue into genres more distant speak highly of Profeci's musical skill. The album is a musical exhibition to say the least; there's so much to take in for such a short yet composite offering, that you'd be robbing yourself by listening to Aporia only once or even twice. Each sequence seems calculated and thought over a thousand times before being finalized and given the OK, each vocal burst packs an emotional punch while every guitar and drum note exercises guardian-esque/supportive dominion.

You'll be extremely lucky to have found Profeci. They are easily a gem within black metal and music in general. Godz ov War productions have something extraordinary within their ranks.