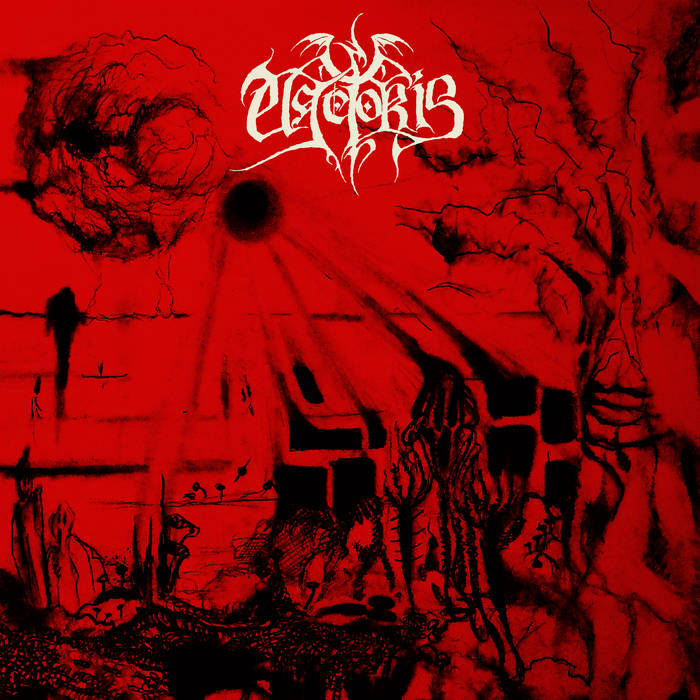 I will not even dare try to delve into the lyrical concept of Shout Demise by Italy's medicated UNCTORIS. Whatever it is they speak of on their debut full length, one would prefer to not understand as such may be his own mental undoing. And though musically, what is played is identifiable, albeit black/death/doom, but when tossed into the same cauldron and stirred, the face of the creature we know takes on a new, mysterious appearance. Avant-garde, experimental, call it what you may, Shout Demise is unsettling, unorthodox, upsetting yet strangely beautiful.

These entries break conventional motions and process to dabble in occult ideals and philosophies. The music (if that's what you'd prefer to reference it as) is terrifying, uncertainty rides every riff, every blast of the drum kit and shout, you go from just listening to having fear toy with you. Adrenaline filled movements jump out from nowhere, whilst poignant yet equally creepy sections raise their submerged heads slowly from the rampant rage. 'Violet Velvet' does this to remarkable effect, creating an intense atmosphere with ominous echoing sounds, acoustic auras, and unsettling voices; then from moments of sheer fright and obscurity, tumbling down upon you is a torrent of noise, technical, abrasive and chaotic objects.

Absolutely amazing what they are able to do on 'Non Tornare', fuse a tender bluesy noire jazz saxophone solo with black/death metal riffing breathing underneath the bouquet of bountiful beatitude. This ladies and gentlemen is for me one of the best unorthodox metal compositions I have heard this year, standing parallel to a track on Stargazer's Psychic Secretions (let the inquisitive seek out the song). And even more trouble comes knocking at your gates with 'Rites Of Grey isolation' and 'Is An Archaic Chamber'. Better experienced than explained, hence I bring this thing to a close in order to avoid an irreversible plummet into a mentality ever unforgiving, you should too.