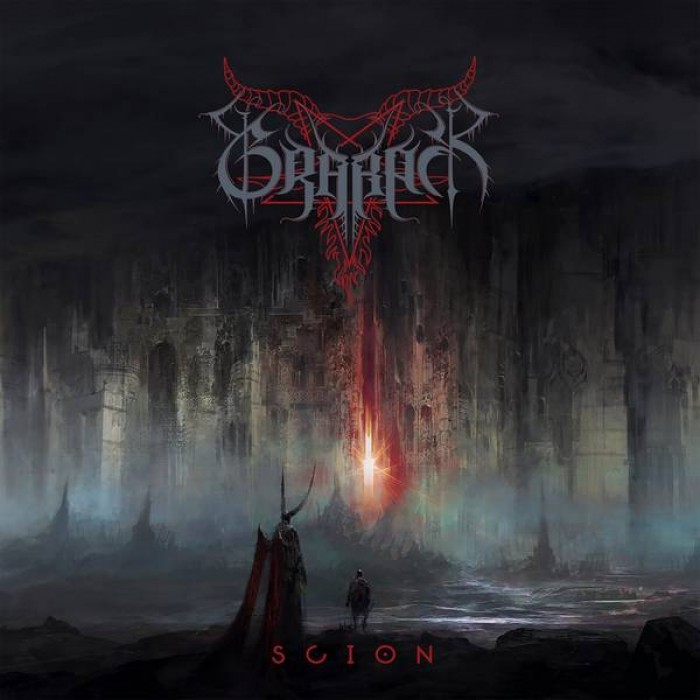 One thing you have to hand to Grabak from Leipzig, Saxony: when they sing (in German) about "eternal life as martyrdom", the broad guitar sounds in all their gloom and melancholy underpin this text perfectly. 'Furia II - Weltenbrand' and 'Blutkelch' do not set new records in terms of speed and brutality, but they transport the stylistics of black metal in an excellent way. Just realize how masterful Grabak manage to integrate the discreet fanfares that give 'Blutkelch' (“Blood Chalice”) its special flavor. The mighty guitars at the beginning and the end of the fatalistic 'The Sirens’ Song', which raze everything to the ground, are in no way inferior. The veterans from Germany know the contents of the entire toolbox of their musical niche and apply it skillfully and diversely. Some of it may seem tough and thick at first, but after two or three passes, a more than coherent picture emerges. The voice also leaves nothing to be desired in terms of cruelty, determination and rawness. Maybe band leader Hellthroat and his companions would have gained a few percent in punch if they had moderately shortened one or the other track. But that's complaining on a high level.

In the second part of the album, a high-speed part has crept in from time to time, which suffers a little from monotony. But that's the kind of black metal that the name Grabak stands for and that we like the band for. (Of course, I'm only speaking to the part of you that actually appreciates the horde. I'm not talking to the ignorant). Also, towards the end of the song list, a final highlight has placed itself with the intense, dynamic and atmospherically dense 'Black Water'. Especially its blast beats driven parts deserve the listener's attention. In the end, however, it's not about individual tracks, but about the fact that the entire material never falls short of a solid level and that Grabak have remained stylistically true to themselves. Not to forget the appropriate, full sound. It lacks neither violence nor vehemence.

Call me a crank, but Leipzig was the beginning of the fall of the regime that had wanted to turn East Germany into a communist paradise. Not much is left of the rebellious spirit of 1989, but at least in Grabak's music there seems to be something that remains. Therefore, it’s simply a shame that a new album of such a persistent band (please keep in mind that their debut saw the light of day at the end of the last millennium) is limited to 500 sophisticatedly designed copies. I’m glad that one of them has found its way into my apartment – be quick to make sure you belong to the other 499 lucky ones.