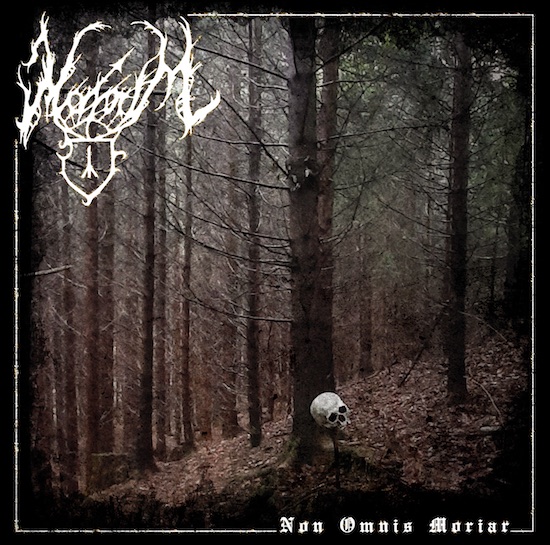 Let me tell you why I like metal. There are three aspects. The first reason is, surprise, surprise, I enjoy the music. Yet there is another important thing. On the job and in most parts of my private life, I have to show consideration for my boss, my partner, my fantastic kids and so on. But in the metallic parallel universe, I am totally independent. This circumstance makes it possible to write completely honest reviews and so it is no act of commercial marketing when I say: hail to Purity Through Fire, the label that constantly provides us with really excellent black metal, mostly from Germany. The albums of Meuchelmord are recommendable and the same goes for Eisenkult’s recent work. Totenwache’s full-length from 2019 is also awesome. Now we receive the new material of Mavorim which is stylistically well comparable with the music of Meuchelmord and Eisenkult. (Again: surprise, surprise - both band members are involved in Eisenkult as well…) The guys of Purity Through Fire are either narrow-minded or they just have a clear vision. Or both. However, Mavorim return with might.

Don’t be fooled by romantic sounding titles like 'So Hell Wie Ein Stern' ('As Bright As A Star') or 'Engel, Ich Komme Zurück' ('Angel, I Come Back'). Mavorim have something better to do than perform saccharine ballads. With the exception of the somewhat weird drum rhythm at the beginning of the eclectic 'Im Kampf' (enjoy its different moods, its phenomenal guitar lines and the occasional clear vocals), the duo prefers pretty straight patterns. They offer a strict approach that relies on a heavy, mostly fast-paced foundation and garnish it with expressive, sometimes almost surprisingly weightless melodies.Atmosphere is also written in big letters – but what about the production, he? Don’t worry, everything is fine. The mix can be described as well-balanced. Drums, guitars, vocals and the rarely used keyboards get their due, only the bass (as always) is not really existent. Lord, have mercy with the bass guitar players. But that’s not the topic here.

The album sometimes spreads some early Eisregen vibes, but more relevant is that each and every regular track hits the mark. Intro and outro can be skipped – they are pure keyboard pieces and do not hurt the overall impression, but also fail to add value to the album. It doesn’t matter. The tracks on the positions two to nine deliver the stuff that makes a black metal album to something outstanding. Sharp, drilling guitars and hostile vocals go hand in hand and characterize the well constructed songs. Full of grimness, bitterness and black energy, they roll over the audience. Obstacles are just there to be removed as soon as the music of Mavorim is breaking out. 'Im Kampf' scores not only with its gargantuan, melodic yet fatalistic chorus. The guitar cascades of 'Unendlich Ist Ihr Krieg' and the attacking drums shape a dense and exquisite opener, 'Eisenadler' features some very strong melodies, but also the necessary quantum of harshness and 'Elfenblut' convinces with its almost magic tremolo picking. Anyway, all “complete” songs are exciting.

Oh, I see I forgot to tell the third aspect why I like metal. Okay, let’s take a look at the title of Mavorim’s great opus. Non Omnis Moriar means something like “I will not die completely”. Well, I don’t think that some parts of me will survive when my time has come. Honestly speaking, it is no nice idea to imagine my head lives on while my body has been buried or burned. Nevertheless, it’s a great and fitting name for an equally great album, because black metal will never again disappear completely. It has come to stay eternally and this is the third reason why I like metal.