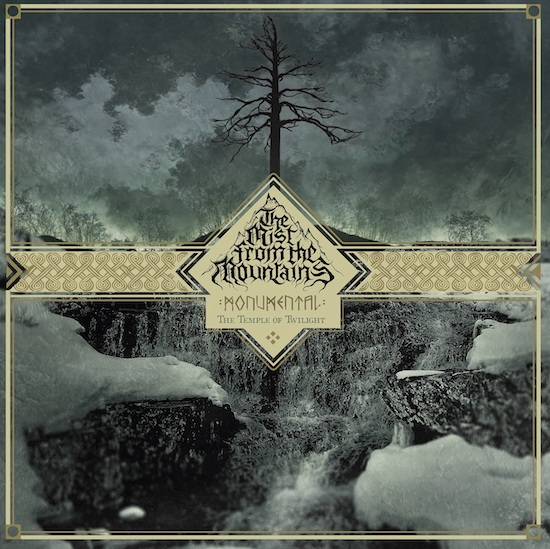 Type: Full-Length
Release Date: January 28th, 2022
Label: Primitive Reaction
Genre: Black, Melodic
1 Empyrean Fields
2 A Paean To Fire
3 Thus Spake The Tongueless Spirit
4 With The Sun And The Skies And Birds Above
5 Master Of Wilderness
6 After God
MetalBite on YouTube
MetalBite on YouTube

The prevailing direction of black metal as a genre currently, at least judging by the never-ending supply of new albums from all corners of the globe, seems to be a turning inwards of an already innately conservative genre, with bands doubling down on the raw, monochromatic and grim sound that generally takes as its lodestone the unholy trinity of classic Darkthrone albums which commenced with the unimpeachably brilliant A Blaze In The Northern Sky. This is not intrinsically a bad thing – orthodox black metal done right remains a powerful force in the underground, and the better bands that continue to utilize this sound are producing excellent work that continues to reinforce the underground. However, this is but one strand of a sound that owes at least some of its appeal to the many directions that it can be pulled into, and at (arguably) its strongest at the turn of the 21st century was so compelling precisely because of the extraordinary ingenuity and creativity of the bands that were adding their own mutant strain of DNA to the black metal gene. The Mist From The Mountains (possibly not winners of the catchiest band name of all time accolade) are, happily and slightly against the current grain, in the more progressive camp, their debut putting their own twist on the sort of streamlined, but forward-thinking, black metal that modern-day Enslaved do so well, picking up a thread that remarkably few bands seem to have, given the significant successes of that band over the past two decades.

The Mist From The Mountains brand of black metal is unashamedly epic and windswept, and like (Viking-era) Bathory and Primordial before them, the band are meticulous in their construction of an appropriately reverent atmosphere. Take, for example, the first couple of minutes of the album, which build a anticipatory swell from rhythmic acoustic guitars, jew’s harps and folky drum patterns, before the razor sharp and stately mid-tempo riff of ‘Empyrean Fields’ savagely rends the bucolic scene in two, in a blaze of triumphant melody, which in turns gives way to a faster, more overtly symphonic black metal blast. This faster, more aggressive statement of intent dominates the rest of the opener, and conjures reassuringly familiar images of rampaging pagan warriors, valiantly fighting for honor, driven onwards into the brutal fog of war, singing songs of previous glories as they steel themselves for the next attack. Not for The Mist From The Mountains the vulnerable, depressive atmospheric style of the genre, employing instead the kind of armor-plated and stirring Scandinavian folk melodies, and rousing lead guitar figures, that have made Havukruunu’s recent output so thrilling.

Pleasingly, although the album is far from schizophrenic in terms of its styles, as it progresses across six lengthy songs, some unexpected surprises keep things interesting, and ensure that the band’s music doesn’t become too formulaic, something of a risk given the similarity of the main melodic themes that sit in the guitars. The prog-rock organs and female vocals that create a captivating bridge section for ‘Thus Spake The Tongueless Serpent’ is a case in point here, as is the delicate finger-picked acoustics of ‘With The Sun And The Skies And The Birds Above’, on which the band allow themselves to indulge in an arrangement that is a pretty as some of Swallow The Sun’s more reflective moments. Indeed, the track creates a similar sense of stoic sorrow to that band, its beauty equivalent to the discovery of a verdant hidden valley, following an exhausting trudge through the dense woods of Finland, before the harsh vocals of Tuomas Karhümaki disturb the tranquility once more, as the band dive again into the deep chasms of cold and grim riffing that make-up the majority of the record.

At its best, Monumental... recalls Moonsorrow at their most metallic, or even the glorious and ultra-melodic black metal of Sacramentum, albeit without the labyrinthine twists and turns that are a feature of that band’s composition. It also shimmers with an immensely professional-sounding production job, which accentuates the heft of the guitar work, and ensures that the synths remain subtle and unobtrusive. One could argue that as slick as the production of the album is, it perhaps smooths the rough edges of the band’s sound a little too much, and this could see the band overlooked by those listeners who like their metal more rough and ready, but it is their loss. The Mist From The Mountains have produced a debut which is spectacularly assured, and packed full of memorable songs delivering a true emotional impact which stimulates the brain as much as it appeals to the warrior within. There is something intriguing that burns at the heart of these Finns, and on the evidence of this magnificent piece of work, there is every chance that it will soon ignite, the consuming fire eventually spreading far beyond the forests of their homeland.