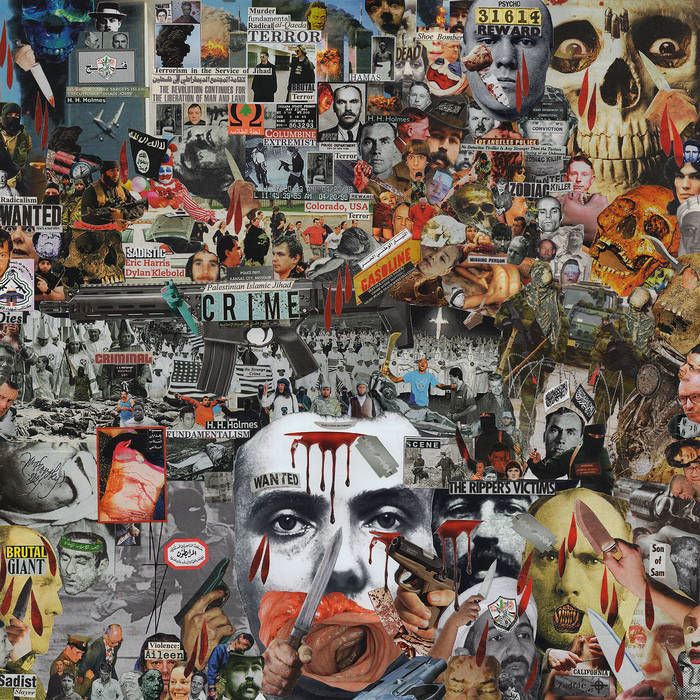 "Shoot on sight", and shoot they do with the very familiar inventory of Revenge. Imperium's Hatred Incarnate however is a tad bit more drum oriented than it is riff. For me it’s a welcome difference, however, that's not to say Imperium don't have the licks as you'd be incorrect about that assumption. Carried out by one Violence Enforcer, the commands on Hatred Incarnate send afflictive pulses that'd chase the Christmas Spirit out of you. Under the watch of Unpure Records, this release has compelled me to look into what other specimens are under development in their facility.

Short and devastating, about 23 minutes of pummeling snare, cymbal and kick tactics. Aggressive from beginning to end as it should be, with vocals shouted in disdain and contempt. Hatred Incarnate offers a very satisfying arsenal of sounds that again lean more towards a militarized machine-gun style. One may have also been on the lookout for noise segments however none manifest as this album does not seem to require such, though the addition would have assisted where the atmosphere is concerned. Nevertheless, Hatred Incarnate sticks to its guns and fires with bullseye's precision to achieve an offensive sonic radiant that'd please those who dabble in the works of Revenge, Death Worship or Conqueror.

All the tracks on this body of intolerance are enjoyable with 'Violence Enforcer', 'Iron Gates' (you'll understand why when you hear that Blasphemy-Ritual section) and 'Deathwish Ultimatum' being the standout compositions (for me at least); subjective yes, hence you will find your own. The raw snare tone amplifies the effect of the constant pummeling and the buzzing guitars in the background create a swarming effect of relentless audial onslaught. The collage cover art also helps to enliven the chaotic attribute of the music that uses shouted vocal patterns that are reminiscent of James Read's though not being as sharp and piercing.

Get the CD through Unpure Records, however something this sort deserves a vinyl release. One would hope more material is on the way to compliment the destruction demonstrated on Hatred Incarnate.