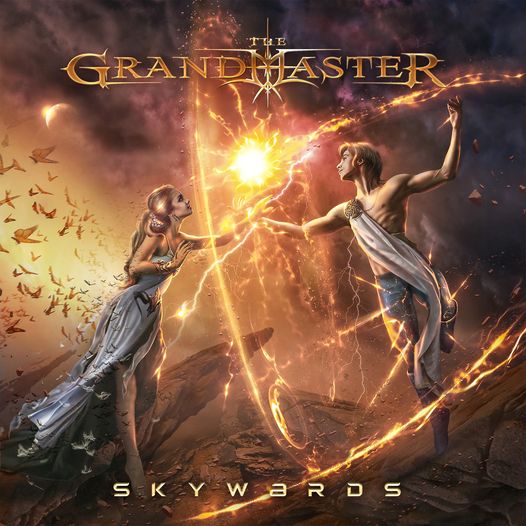 One of those albums that is much better than it has any right to be.

Seriously, I mean it. How is this album that good? How? It is driving me insane. It is 2021, a power metal album with this sort of proposition should laughably bad, corny, and embarrassment to the makers and to genre itself. But somehow it isn’t any of those things. It is good, plain and simple, very good even. I am beyond words.

Tobias Sammet is much interested these days in his Avantasia, relegating Edguy to the side project position, making the other members trying to find something meaningful to do. Jens Ludwig surely managed to do that. He, Alessandro Del Vecchio, Mirkko DeMaio and the always phenomenal Nando Fernandes teamed up and put together this album which drinks heavily from the well of melodic metal from the 90’s and early 00’s, thematically, structurally, lyrically, even visually. One could already understand that to this scribe, hinted in the opening paragraph, all those things are huge red flags and deal breakers. That incarnation of the genre is dead and gone, let it rest in peace, try to do something newer and fresher! But then BOOM it is very good, with a ton of personality and a miraculous reinvention of the old threadbare elements of the genre. Got me completely off guard.

Immediately it got me thinking about Cain’s Offering (Timo Kotipelto and Jani Liimatainen), another example of a project deeply rooted in the old school melodic metal that manages to be offer (ha!) something fresh and interesting out of the stale water of the aforementioned well. The two albums they released are arguably better than most of recent albums from the original bands – Stratovarius and Sonata Arctica – and just as well got me shocked.

Gotta be something about piercing out the best bits from each member and their usual works in other bands. Something more honest, something more natural, uninhibited, with no pressure, just for fun and alchemically balanced amount of nostalgia. Jens brings in the German precision and diligence, Alessandro and Mirkko the Italian hit and passion and energy, while Nando has charisma and personality by the buckets as well as the Brazilian swing and easiness. A perfect combination, a match made in heaven, an alignment of planets and stars, call it what you want, but the thing is: it works. And works better than anybody could have expected.

But the real star here is Nando. He is a hell of a vocalist, and one super underrated in the Brazilian scene, with such a unique voice, a voice which he explores to the utmost best on Skywards. Many Brazilians vocalists on this side of metal spectrum tried very hard to sound like the late and unforgettable Andre Matos, but not Nando, who for many years now built a name for himself being nothing less that one of a kind. Mad respect for that.

I expected just yet another cash grabber shallow project to entice middle aged guys who don’t want to accept they are old, but what I met blew me away in the most positive sense imaginable. I can only hope that they will eventually round the gang up together again and try another shot.