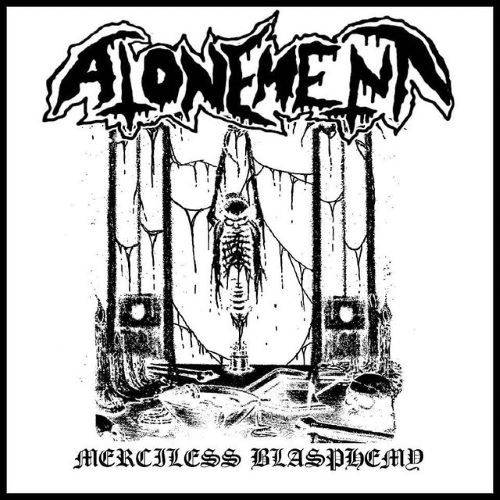 The year is 2051, and Sweden is home to three gentlemen who will be 50 in a few years. "Remember when we released our debut EP in 2021?" asks the first. "Yes," nods the second, "but I've blocked out what kind of music we played there. All I remember is that we looked like delayed Destruction in the promo photo. We hadn't found a cemetery as a backdrop, so we were standing in front of the courtyard of an actually nice building. But we looked as grim as possible and had 80s clothes on!" "Very true," says the third, "and our music also gave the impression that it had been on ice for 40 years. Very rowdy, very old school, very direct."

"Too bad you weren't good songwriters," the drummer laments, "it wasn't all that original, what you had cobbled together. Everything seemed to everyone as if they had heard it 1000 times before." "Shut up," says another, "with that shitty, feeble sound your drums had, you better keep quiet for once." "Haha, but your vocals are barely audible in ‘Evil Minds’ for example. Asshole!" The drummer, proud of his eloquent answer, enjoys a Swedish light beer. "Peace, gentlemen, peace," admonishes the third, "at least we didn't steal our intro note for note from Sodom's ‘My Atonement.’ Only 90% of it we took over - and its name for our band, of course. And that’s not all, haha! ‘Evil Minds’ sounds twisted, that’s true, but not quite as confused as Destruction's ‘Devil Soldier’! We don't want to let these common successes fall under the table!"

"Absolutely right," the other two agree with him, "and even with the monotonous, rasping guitar sound and mediocre riffs, at least our enthusiasm was recognizable. If only we had been born 40 years earlier." The third comes up with a wisdom of life: "You can't have everything. Besides, we didn't get a scathing review on Metal Archives back then, but after all 52%. So a certain potential was definitely recognized in us." Silence falls. Each of the three thinks: amazing in retrospect, because apart from an excess of energy we actually had little to offer. Even the artwork was pretty meaningless. But who cares? In the end it was only the first demo, so something like that is forgivable to a certain extent. That's probably what one or the other reviewer must have thought back then, in the year 2021.