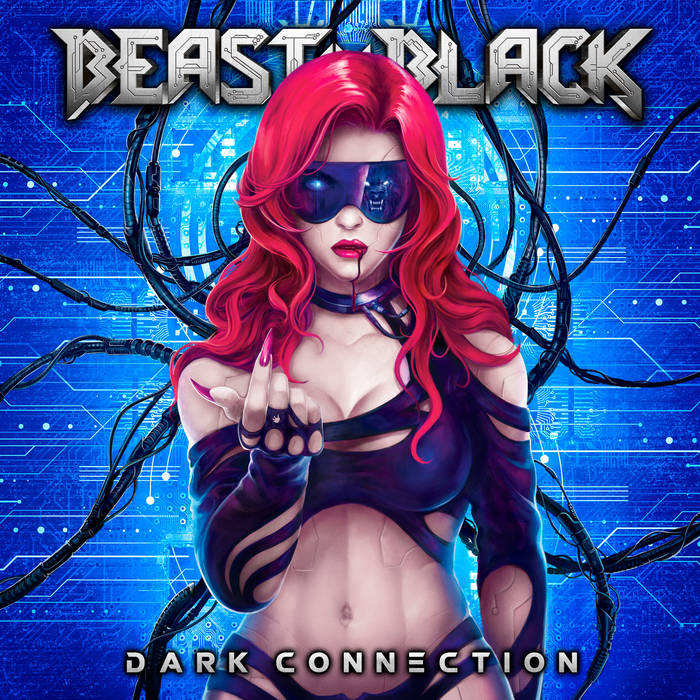 Back in the 80s press, the third album of any band was generally considered the effort that would either make or break their career. You had two albums to experiment and perfect your formula and most of the times, the necessary time for the band to bond and refine everything. The third offer from Finland’s original beast, true to their 80s worship, is a very nice example of the above old-fashioned statement.

It goes without saying that the Battle Beast formula, created and perfected by mastermind Anton Kabanen is prevalent throughout the album, but the band seems to take a step further and even experiment with additional synthpop ingredients to further enhance their sound. This time around their in-your-face moments sound much closer to Anton’s earlier albums with Battle Beast, a marriage of Accept and Judas Priest brought on today’s ADHD youth standards, but their synthpop explorations reach a much wider spectrum. It does not always work, but it is an interesting approach.

Their hook-oriented songwriting really shines as EVERY song in the album will refuse to leave your head after the first couple of listens, which I understand is exactly what the band aims at. The band sounds unapologetically poppy in their hooks and every song feels like a potential Eurovision winner, a fact that some of the old-school fans might not like, but there are plenty of heavy enough moments for all you die-hard metalheads out there. Plus, Yannis gives one of his more “heavy metal” performances in this band, his approach to each song is unique and he can chameleon through a million colors and moods, always pitch-perfect albeit somewhat overusing his rasp. He even manages to sound like Michael Jackson in their fantastic cover of 'They Don’t Care About Us' which received a fantastic synthwave makeover that truly blends it with the rest of the album. 'Battle Hymn' though... not exactly a home run. Don't get me wrong, it is still a good effort and they managed to bring it close to the BIB sound, I'm just not sure this blend works for something so "epic".

There are some other moments that I really couldn’t get behind, like the single 'One Night In Tokyo' which I feel is a very clever way to propel them to stardom in Japan, but literally every other song on the album is better in virtually every way (unless you come up with a new term for “dancability", where it wins hands down). For every groovy, poppy 'Bella Donna' (which feels like an awesome 'Blind And Frozen' v2.) you have a 'Revengeance Machine' and for every 'Moonlight Rendezvous' there is a 'To The Last Drop Of Blood' to even out the playing field and the whole album has a very nice balance, shifting between styles at any given point, making it sound fresh and very easy on the ears.

Not much to say about the sound quality and overall production, since it follows the exact same route of their two previous albums (and I can safely assume the ones that will come after this one), so you can expect big, bombastic drums with lots of sampling and 80s killer toms, huge guitars and a very distinct low end, contrasting with Yannis' soaring vocals. In a scene of Sabatons, Powerwolves and equally gimmick McDonalds bands, Beast In Black manage to stand out and sound fresh and FUN, firmly leaving their footprint and proving that hard work and dedication always pays out.

Standout tracks: Honestly, every song is a potential single.