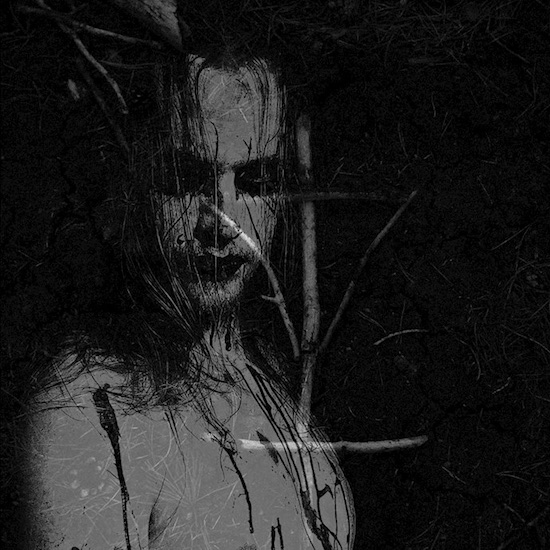 This is quite an interesting split, I think. Both bands, Helleruin and De Gevreesde Ziekte are originated in the Netherlands, and both play pretty old school black metal. Both bands have a very nice low-fi production and sound pretty raw. Each band recorded three tracks for this split and the playing time of both is almost equal.

The A-side starts with the one-man project Helleruin who play raw but still quite melodic black metal. You can clearly recognize melodies and you never get the feeling that the band gets lost in some chaotic structures like one may know from a lot of bands who play this style of black metal. There are a lot of catchy parts in the songs but Helleruin spreads a very cold and sinister atmosphere nevertheless. If I had to compare the band to stylistically similar bands, German Sarkrista or  Finnish black metal akin to Satanic Warmaster come to my mind. All three tracks are kept in quite fast pace. The drums are a real good pacemaker for this and sometimes even a double bass is used (what I find quite unusual for black metal). The third track 'We Rush Ahead' starts with quite monotonous riffing and sounds quite dissonant in the further ongoing of it and is in my opinion the most sinister track by the band on this split.

De Gevreesde Ziekte sound more aggressive than Helleruin and they also play a little bit faster stuff than they do. The riffing is much more monotonous though which reminds me a lot of “De Doeden Hebben Het Goed” by Wiegedood. It is not just a sheer black metal inferno and you can also find some melodies and structures in the tracks. Especially when the tempo is taken down and the band plays this black-doom mixture which is quite appealing. 'Zelfhaat' is a really great track done by the band. The singer's performance is really great and the song arrangements are really catchy because of the thundering drums and all the breaks in it. All in all, this is a very convincing release by this Dutch quintet (sorry, but I couldn't get any further information about them).

If you are into old school black metal and like the Dutch scene (which has become quite interesting over the last few years), you should try to get a copy of this split. It won't be disappointed.