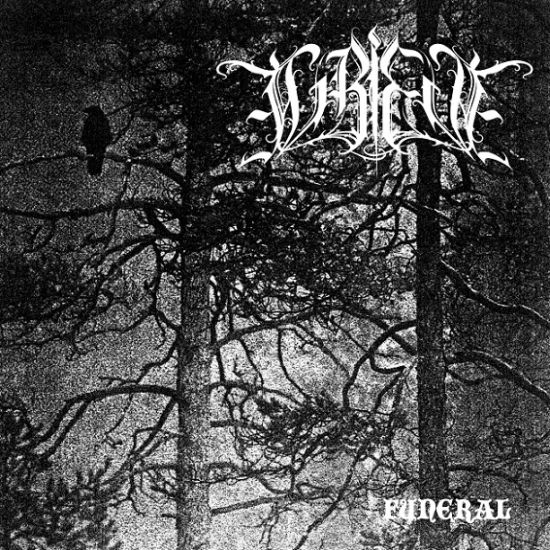 Finland being a very fertile breeding ground for metal is no secret, and alongside young and hungry bands, there’s also a lot of veterans from well-established acts constantly working on newer projects. One such case is today’s “supergroup”, now a late “super-duo”? Grieve, with their debut and final record aptly titled Funeral, released by Werewolf Records. This project was like I said a supergroup of sorts, it featured members of Horna, Arthemesia, Vargrav and even the Satanic Warmaster himself, Werwolf, collaborating for an EP. However, this record only features the former, alongside Vargrav mastermind V-KhaoZ, and is also their last, as the project was dissolved when this record was announced.

With that being said, what Grieve do with Funeral is a cold and grim tribute to classic black metal of the mid 90’s, and not much else, but to their credit, while they successfully recreate the particular sound and atmosphere of black metal from yesteryear, the music has a hateful and sorrowful melodicism that is more in line with modern Finnish black metal, albeit filtered through a gritty and raw production that give it that classic cold and grim quality of classic black metal. This also displayed through the songwriting. The songs follow a simple yet effective repetitive structure that focuses on guitar riffs, with the drums and bass serving as the technical backbone and the shrieked vocals tying it all together while the album zealously follows the tenets of black metal, that’s not to say this is just a pastiche of black metal, there’s actual variety in each song.

The album opens in a familiar way, furious speed with a somber atmosphere (this is maintained for a few songs) which then switches gears to a surprisingly catchy midpoint, where fans of Darkthrone would feel at home. And of course the album closes on an appropriately epic note. The final instrumental track 'Funeral Path' (appropriate title) is a summation of every element of the previous tracks, the cold and harsh atmosphere, the catchy yet evil groove and being also the slowest track, where keyboards also show up which, alongside the fact this is an instrumental track fully emphasize the fact that this is the end of the album, and the end of the Grieve as a whole, a funeral dirge where no words are need. All in all, a fitting end to the record and the band.

Overall, while this record does stick to past convention like grim death, it isn’t completely devoid of some interesting aspects on a technical level, but then again that seems more a byproduct of both Werwolf and V-KhaoZ years of of experience playing black metal to the point where they understand it on a fundamental level. So, suffice to say this record, while not mind blowing or revolutionary, is still a fascinating experience of seasoned veterans of the genre successfully adding their own spin to the now classic sound of black metal.