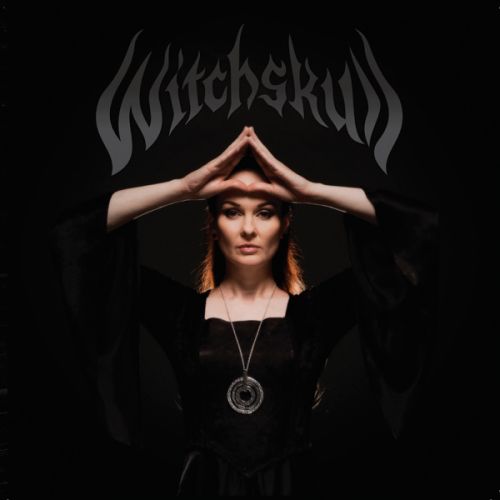 Rise Above Records has been accused of having low standards for the artists they sign, but I just don't see it. If they're not the best doom/stoner label of all time, they're definitely in the top 3, because they've produced plenty of now iconic bands occupying various niches within the doom and stoner ecosystem, right from the very beginning. They've also been at it for a while, getting institutions like Orange Goblin and Electric Wizard off the ground over 2 decades ago, but still producing tons of noteworthy acts all the time since then. Australia's Witchskull is one of their newer acquisitions, but they've already released 3 full-lengths in the span of just 5 years. A Driftwood Cross from 2020, though, is most likely to be their breakthrough release, with its outward accessibility and grooviness.

The music on Witchskull's 2020 full-length is most comparable to Cathedral circa "The Carnival Bizarre", but slightly more obviously stoner metal influenced than traditional doom-based, for although the riffs may be winding at times, the progressions feel more hypnotic than balls-out heavy or crunchy. Another palpable comparison would be the early albums from The Sword, since both bands offer groove and hook based stoner metal with more mid-range sounding and somewhat nasally vocals. Certainly, the vocals here have character and charisma to them, especially in the refrains of the songs, but the compositions leave something to be desired. The bass is the main thing carrying the instrumentation along or giving it any character, because the guitar tone is fairly indistinct. As a result, the loud bass in the mix saves the day. Still, the actual meat and potatoes of the riffs are by-the-numbers fare for heavy metal, stoner metal, or doom metal, spiced up only by the previously mentioned bass and the admittedly cool melodies which consist of brief guitar phrases distinguished by hammer-ons or slides.

So we've established that the compositions here need work, because they're not that involved and I prefer heavy/stoner metal to be riffier. However, what really earns the points for A Driftwood Cross is the feel of the music. They do a lot with a little, I'll say that much. The hazy, but still smooth, production is part of it, but furthermore, the direction of the songwriting has a tendency towards atmosphere. The result is that it's got a bit of a 60's/70's occult rock feel to it (see the somewhat ambient section in 'The Red Altar' or the subtle guitar intervals coupled with the ritualistic drumming in the verses of 'Nero Order'). Really, Rise Above Records is known for fostering very experience-driven bands, (Ghost is more of a brand than a band) so Witchskull definitely fit into that niche with their occult feel.

A Driftwood Cross needs more musical substance to be exceptional at the end of the day, but the overall tone of the music will keep you coming back to a certain extent. Witchskull have raw talent and unabashed potential, and the good thing about being a young and relatively prolific band is that they are more than likely to reach this potential before fading from relevance.