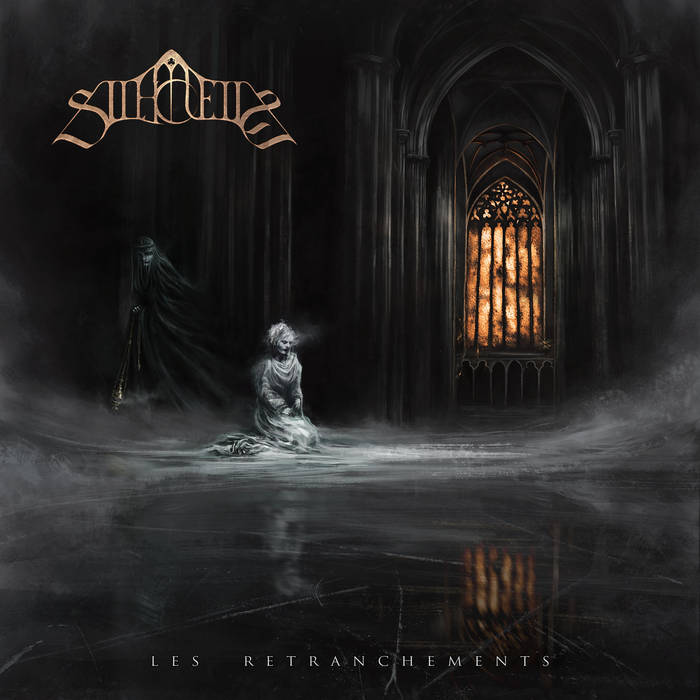 A new project proclaimed as a synthesis of DSBM aesthetics and angelic female cleans, this new French group taps into the same ethereal realms as the legendary Alcest. As someone who dorked out hard on their first three albums in the early 2010s (and pretty much anything else Neige was involved with), I'm thrilled - Alcest themselves have ventured into a lighter, more shoegazey direction now, which I vibe with less, and I didn't even realize how much I was craving some new music in that beautiful space where melancholic black metal and bombastic post-rock collide.

That being said, writing this off as an Alcest clone would not only be a disservice to Les Retranchement, but also terribly inaccurate. Despite the "DSBM" attributes mentioned in the promotional blurb, the only real trope of that genre you hear is the shrieked harsh vocals. The heavier riffs have modern influences, though interestingly enough they don't seem to take as much influence from the French scene - I hear more influences along the lines of Mgla and Agrypnie than anything. In addition, there's an undercurrent of melodic death/doom in the writing - the band likes to linger at a middling pace, and when the clean vocals are prominent, there's a careful marching feel reminiscent of Swallow The Sun. That is but an occasional spice, as this has far too many blastbeats to be considered a "doom" album in any respect. There's a handful of different styles being given a tip of the hat on this, and it might seem stilted and disparate if the phenomenal vocal performance didn't tie everything together.

The shrieks are evocative, like Ghost Bath with a hint more grit, but they're not even the star of the show. The clean vocals are absolutely captivating, and have a powerful cadence to them that is one of a kind. Though incredibly rich and vibrant, they have this stark, dry delivery that gives the impression they are being sung by someone who is dead. Not in a wailing banshee sort of way, it's more like an enlightened soul that had a tragic passing and wanders haunted halls, beckoning those who wander by with an irresistible siren call. They're not tormented - they're at peace with leaving their body, even happy. They are so beautiful it's fucking scary.

Silhouette obviously realized that they needed to use that voice as much as possible, but also that there needed to be a balance. Too much candy ruins a good meal, so to get around this, the band had the brilliant idea of using the visceral weight of black metal as climaxes for the stretches of delicate, lush majesty. We're one month into 2022 and I might have already stumbled on my debut album of the year,