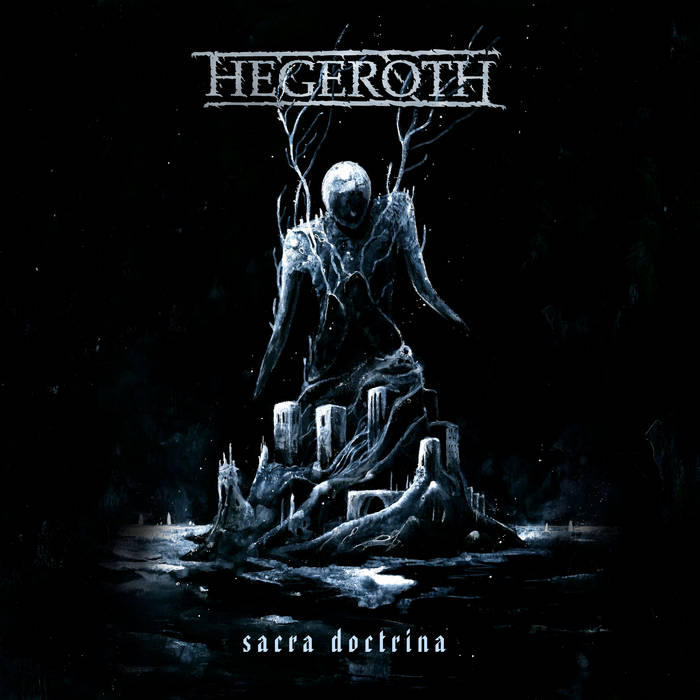 I reviewed Hegeroth back in 2020 with their album Perdifia, and while I did find it enjoyable, it was a bit too standard for my taste. However I’ve been interested to see what this band would do next and that time is now, as the band has officially released the follow up Sacra Doctrina.

Since I already reviewed this band, I’m not gonna go into details, but what I will go over first is the album’s only flaw. It is pretty much the same of their previous record, which is how this band doesn’t really do anything new with black metal, but that’s fine, since Hegeroth are not only good at what they do, they have the musical chops to pull of consistent and substantial black metal. However, while I do have to point out the lack of innovation, I won’t begrudge the band for it, since this is a problem of black metal as a whole, to the point where even seemingly innovative bands burrow from what came before, but I digress.

With all that being said, there’s actually a lot to praise and enjoy from Sacra Doctrina. The first is how this album is a substantial improvement over the first record, not in any technical way, but rather in how the music is executed. Sacra Doctrina is much darker and punishing than Perfidia, mainly because of the guitar work. The tone and riffs still sound as evil as all good black metal should sound, but where the guitars truly shine is in the slower tracks and more dynamic moments. The band’s founder Bene who handles all the strings really showcases all his skills in this album. Perfidia was a good first impression but on Sacra Doctrina he really shines. Furthermore there’s a bigger focus on riff rather than melodies, almost to the point where it feels very death metalish, and this is how this new record is darker. There’s a palpable oppressive atmosphere through each song, which coupled with the wretched vocals of Edward and intense drumming of Bila, makes this a truly pitch black metal record.

Furthermore, the band’s biggest improvement with this record is how varied and even dynamic some of the songs are. The band even has some atmospheric sections in songs like 'With Adoration' and 'In Torment - Part 2', where they either completely slow down and build momentum, or expand upon the sinister sound to complete their atmosphere. And at under 40 minutes, the band makes a substantial and satisfying experience. While I wouldn’t call this record “experimental” by any stretch of the term, the band truly broke away from the monotony and derivativeness of past work, so while the record doesn’t bring anything really new, it does succeed in giving Hegeroth a sense of identity, which in the landscape of black metal, and extreme metal in general, should be encouraged.

The last aspect I want to point out is the production. While it isn’t too different from the previous record, there is an aspect that is also an improvement, and that’s the mixing and especially the drumming. The previous record had very wispy and clicky drums that were overpowered by the vocals and strings, that’s not the case anymore, everything is audible and the drums sound much better and powering, but not at the expense of the vocals and strings. Granted it does make the album sound louder, but given how intense the actual music is, then its appropriate that the instruments have an overpowering quality, if anything do mind the volume.

Overall Hegeroth not only continued to be a reliable and consistent band, they managed to improve upon the main issues I had with their previous album, and also succeeded in finding their own voice in the ever expanding landscape of Polish black metal.