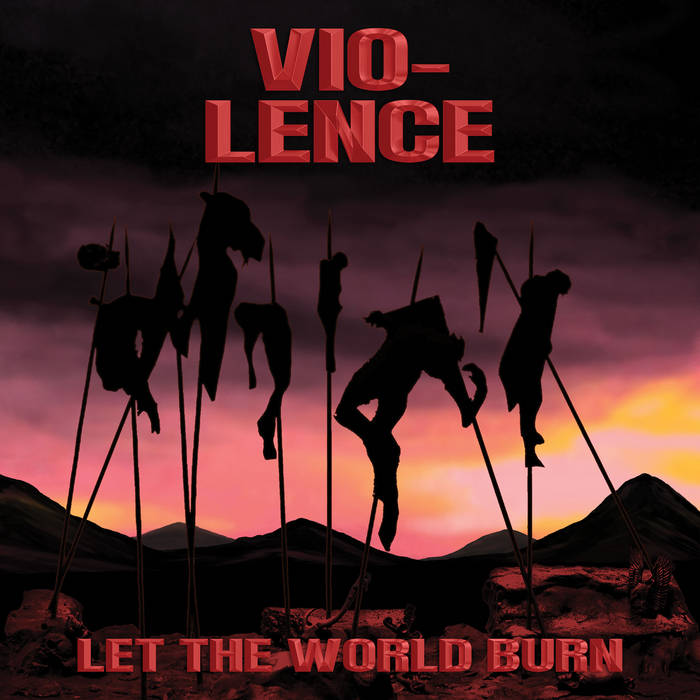 29 years after their last album, Vio-lence re-appear with five new songs. Is this step necessary? Absolutely not, because we have more than enough thrash formations today. Worse still, what about the authenticity of musicians who are responsible for this output? Do their hearts really beat in a thrash metal rhythm after this endless period of silence?

The fame of Vio-lence is mainly based on their strong debut and Let The World Burn will not change this situation. This is typical Bay Area thrash, technically precise, sharp and transparently produced. Nevertheless, the aha-effect remains absent, not the smallest “wow” comes over my lips. All songs walk on trodden paths (no problem so far), but they fail to present really thrilling sequences. Yes, the atmospheric break in 'Screaming Always' is a very fine intermezzo and the generic thrash guitar gives me a pretty good feeling. By the way, despite its almost rap-like a capella part, 'Screaming Always' is my personal favorite, because it houses the best guitar lines. They lie in close proximity to those of the debut.

Sometimes the band nearly sounds like Suicidal Tendencies, especially due to the vocals of Sean Kilian, sometimes just like many, many other thrash bands with a less known name. Only worse. Vio-lence do not make great mistakes, but they also fail to implement an iota of enthusiasm in me. 'Upon The Cross', for instance, is a dragging number. Generally speaking, that’s okay. A slow tempo can be fine even when it comes to thrash. But this song lacks depth and heaviness. Compare it with “Nanking” (Exodus), to give just one example, and you will find significant differences in terms of cruelty and impact. On the other hand, it also does not possess the smooth flow of typical Testament mid-paced numbers like “More Than Meets The Eye”. That’s a pity. Even the opener 'Flesh From Bone' disappoints, because its acceptable riffing ends in a pale, mediocre chorus and the same goes for the title track with its inappropriate break in its center.

All in all, maybe it was necessary for the musicians themselves to record and release new music, but I fear big parts of the scene will have a different point of view. I cannot ignore the lack of energy and the only low degree of musical vio-lence. Three members of the debut are on board, and this justifies a re-union. To recruit Bobby Gustafson is also not a bad idea, but there seems to be no juvenile savagery in these old (or: wise) guys anymore. Already the EP format indicates the only half-baked impulse for this release.