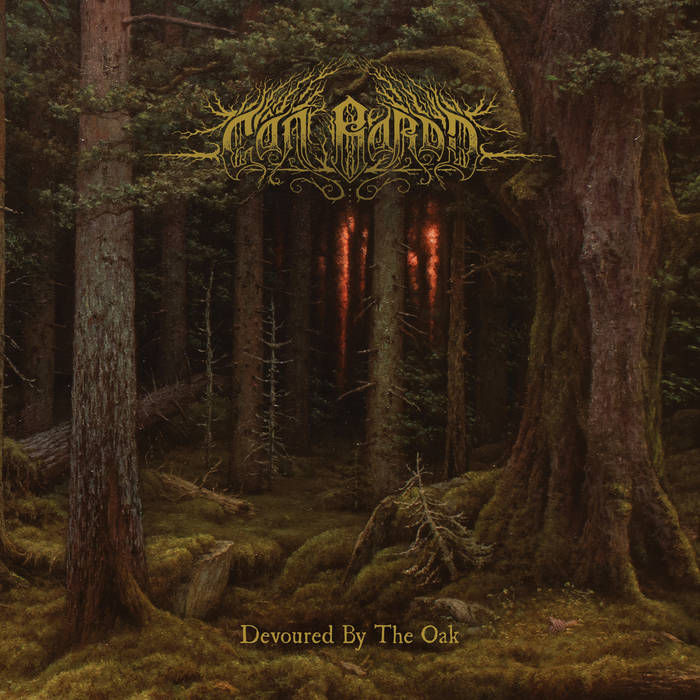 Looking back at the evolution of the different subgenres of metal, it becomes very easy to construct grand narrative. Whether they are accurate or not is rarely the question as their purpose is rather to provide an intuition rather than facts. One of these narratives is that the black metal genre emerged in response to the ever increasing focus on speed, technicality and heaviness displayed by death metal and grindcore. So, as the narrative goes, in the late 80s/early 90s, black metal emerged as a cohesive genre and immediately started disassociating itself from its death metal brethren. Not only was the guitar sound wildly different, focusing rather on a very high trebly guitar tone contrary to the low tune heavy distorted sound prefered by their Floridian counterpart, but the imaging and themes were also quite at odds with one another.

While they both had the theme of transgression in common, black metal expressing it through anti-christian themes while death metal focusing rather on violence and gore, death metal still stayed quite modern in its thematic approach. Black metal, on the other hand, embraced nature, a romanticism of the past and a longing for a bygone era, mostly expressed through Viking themes. While this artifact of the 90s and early 2000s did help forge the identities of both genre, there still remains, up to this date, a strong thematic relation. These themes have however evolved and adapted with time.

This brings us to Cân Bardd’s latest album, Devoured By The Oak. Being quite honest and deliberate in his approach, Malo Civelli, the mastermind behind the project, has mentioned several times that his music is influenced by the likes of Summoning, Caladan Brood, Saor and the Russian atmospheric black metal sound led by the likes of Elderwind, Grima and Путь (Put). These influences go farther than simply a similar sound. Indeed, nature is central not only in lyrical matters and cover art but also in the soundscape used throughout the album.

To further illustrate this point, the first song of the album, 'Echoes Of The Moss', is an ambient piece incorporating multiple sounds from nature, immediately transporting the listener to a quite serene and lush environment. The sixth song, 'Spleen By The Pond', has a similar approach, focusing heavily on atmosphere. This nature driven atmospheric approach is also present in a number of interludes in songs such as 'Une Couronne De Branches' and 'Devoured By The Oak Pt. I' and 'Pt. II'. What sets Cân Bardd’s music apart from the epic/atmospheric black metal scene though, is its approach to the dynamism in its music. In fact, while Summoning, Caladan Brood and Saor would tend to slowly and methodically build up the dynamism in their music, as if their song were focused on storytelling, Cân Bardd focuses rather on dynamic change to imbue a sense of urgency not too uncommon to modern epic melodic death (the likes of Wintersun and Ensiferum). It could be theorized that this juxtaposition of calm, peaceful and serene ambient interlude with the loud, bombastic and frantic black metal sections is meant to express the very modern idea of the destruction of nature. This has indeed been explored quite openly in the past by bands such as Finsteforst and Moonsorrow, both of whom have noticeable musical similarities to Cân Bardd.

Devoured By The Oak is not so much a work of transgression or innovation, but rather the refinement of the epic sound achieved on Cân Bardd’s previous record, The Last Rain. In fact, Malo has not only improved his harsh vocal’s range (as showcased in 'Crépuscule'), but the band has also mastered the ability to mix clean choir like vocals to harsh black metal shriek. Folk instruments are used to reinforce the thematic coherence of the albums and work very well in blending itself in this epic/atmospheric black metal sound. The drumming in the album is frantic, energetic and quite technical at times. The mixing and mastering does put the drum quite up front showcasing how important the drumming pattern is key in the transitions from introspective to explosive. The album ebbs and flows beautifully, giving the feeling that it is perhaps comprised of two to three songs instead of the listed eight. This can work to Cân Bardd’s advantage in easily enthralling the listener into a 57 minutes long journey through the forest. However, this ebb and flow also makes it so individual tracks may be difficult to distinguish from one to the other. While the second track, 'Une Couronne De Branches' does feel like a fully fleshed out song with a definite beginning and end, the same cannot be said for the transition from 'Devoured By The Oak' to 'Crépuscule' and to 'Spleen By The Pond/Autumn Shore'. By the end of the record it does somewhat feel as though all these songs were a continuous soundtrack. It may have been Malo’s explicit purpose, but it does make it so individual tracks, or sections, or not as memorable as they were in The Last Rain.

While Devoured By The Oak is quite the adventure and will certainly mesmerize more than a few, there’s still some elements which are missing from the record to make it go from an interesting journey to a full blown memorable one. That being said, Cân Bardd still has an interesting future ahead of them and I recommend the record for anybody interested in atmospheric/epic black metal.