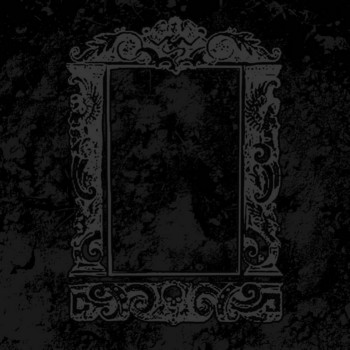 It's rare that I blast out a review after randomly discovering a band and hearing them once, but this is not the kind of thing that affects you in a traditional way. This hit me immediately, and right away I knew what I liked about it.

"Experimental black metal" is right - the base genre is clearly black metallesque in origin, but Idol Of Fear pull this eerie, powerful emotion out of it, stretching evocative tension every direction it can go. You can identify some influences and parallels - the lumbering creepiness is similar to later Emptiness, and the shrill dissonance and melodic phrasing has an air of cataclysmic weirdos like Plebeian Grandstand, but the way it's put together and presented hits different.

The guitars on Grave Aperture are unquestionably the star of the show, with one axe laying down a chord foundation while the lead player goes wild with distinct tremolo bends, subtle harmonies and layers, and squealing, cathartic explosions that continuously give you this release that feels like you're emptying your soul. It's like Mgla and Oranssi Pazuzu collided in a cloud of DMT and slowly merge together as their atoms simultaneously drift apart, unencumbered by the vacuum of space. The way the riffs effortlessly hop between vibes and even genres within the same melodic thread is fascinating and the only band I can think of that does a similar thing (not that they sound similar at all) is Sigh. I didn't think I would ever find a band that had the same innate ability to make the unnerving and obscure addicting to listen to, Now, Idol Of Fear is a bit more tethered to black metal than Sigh, but at the same time...they kind of aren't? I can't describe it, Just listen to 'Bereft'. What the fuck is that? Is it pop punk? is it dissoblack? is it mathcore? is it shoegaze? I have no clue, but what I do know is that it's dope as shit.

A big factor in why Grave Aperture is a rare and unique breed is how the album is paced. The drums are nearly void of any sort of blastbeats or even driving rock rhythms, preferring to linger in a fill-laden, middling speed, with a lot of cymbal play and sparse but purposeful kickwork. At first, it kind of gets on your nerves, but then once you get in the groove, every snare hit feels like a sledgehammer pounding against your chest. The handwork has just enough to keep you interested, and the lack of rolling double-kick (it's there every now and then, but it's a garnish, not the main base like it often is in black metal) creates interesting dips and swings in the songs, giving the riffs a bed while simultaneously allowing them to breathe and emanate their distinctly powerful essence. Each song is trudging and repetitious, but somehow when you put everything together it has a wider range of motion than about 90% of extreme metal out there.

Idol Of Fear's other albums are decent listens themselves, but All Sights Fixed, Ablaze is a bit less layered and realized, while the album following this has some lineup changes - no longer are there two guitarists, and with that comes a natural augmentation of the band's sound that gives a different energy. Only Grave Apertures has some kind of dark magic that makes you feel this oblique sorrow, and like it and want more of it while it's happening. This album makes it beautiful to hurt, and also, it's literally fucking free on bandcamp. You have no reason not to experience this obscure, stunning gem of black metal for yourself.