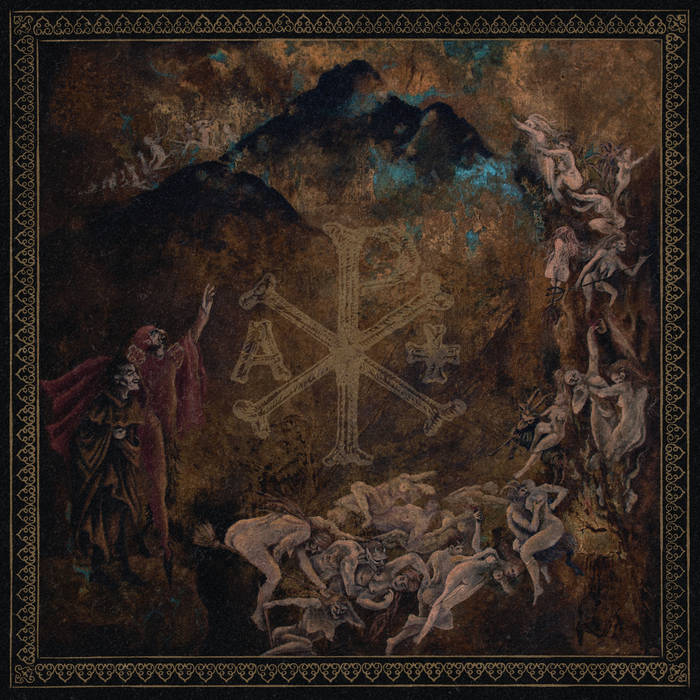 The Brocken is located in the Harz Mountains, a low mountain range in Germany. It has an eventful history and, among other things, served the Eastern Bloc for espionage purposes during the unfortunate German division thanks to a listening station fortified on it. Most mystical, however, is its significance as a witches' meeting place. That's probably what Pakkt thought when it came to recording their debut.

Three dudes run this band, but Mengamar is the mastermind and responsible for the vocals and all strings. He likes weird harmonies, he cannot deny a certain influence of Hellhammer / early Celtic Frost and he does not shy away from high velocity outbursts. Some parts sound pretty sick and they lack atmosphere. That’s a pity, because I thought that an album with the name To Brocken Heights Where Witches Dance would conjure up a coven in my mind's eye. Instead, the rather noisy, pretty blurred and unorthodox production gives one a constant feeling of uneasiness. But that’s not bad either. Pakkt wallow in pain, desperation and fury. Their songs do not follow conventional patterns, but the band does not fall victim to confusing structures. Thus, the first half of the album works pretty good, although I miss some sections that try to take possession of me. Nothing keeps sticking in my brain, which is a bit of a shame.

'Circle Of Nameless Souls', the first track of the album’s second half, suffers from an aimless and overlong intro section, but as soon as the song really begins, it is another pretty intensive, slightly dissonant attack. Mengamar plays the little brother of Attila, but it goes without saying that nobody will ever reach the perfection of the vocals of this living legend. The little brother takes another run-up in 'Beyond The Bleeding Tide' and this time also contributes obsessed-melodic vocals, but here Attila floats in other spheres as well. Anyhow, this song is an exciting mix of rumbling yet almost meditative sections and surprisingly soft elements in the second half. Finally, an “Ugh!” is also not missing – I think we cannot expect much more from a Pakkt song.

For the fact that the band came down to us from the Brocken out of the blue, it all makes for a good listen. At times, the individual instruments seem to be fighting with each other rather than coming together to form a piece of music. This sometimes makes it a bit exhausting to enjoy the album to the fullest. Apart from this detail, this works marks a solid start for this formation. If the protagonists are able to define their songs more clearly, they can become another serious force in the Teutonic underground. Dudes with a weakness for very variable but more or less always psycho-like vocals and totally uncommercial black metal should give this debut a try. And, by the way, the Brocken, which is developed for tourism today, is worth visiting.