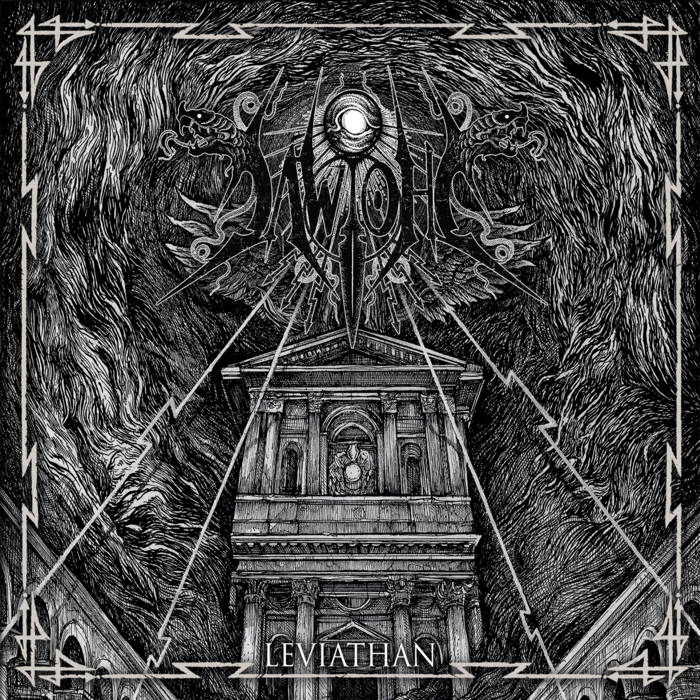 This is a debut album, but this French group is by no means made up of novices, featuring known scene veterans Eloi Nicod and Thomas Hennequin. The former helped put one of the better tech-death albums of 2021 out with The Scalar Process, and the latter has many credits to his name over the past decade or so, the most notable of which would be Aosoth and Merrimack, with some live performances for Antaeus sprinkled in.

Normally I'd be wary of newer musicians attempting such a refined, uncompromising style, but Dawohl brings a fresh, tasty voice to the Marduk/Angelcorpse school of blastbeat-overloaded black/death metal. It takes all of 3 seconds for the presence of a song to be felt, with the nicely balanced production job (great fucking drum tones on here!) allowing the maelstrom to effortlessly glide through your eardrums. The tempo shifts (I would call them "breakdowns" but it doesn't seem fitting for a band in this style) are placed perfectly and are almost guaranteed to get your head nodding.

In a style like this, it can be hard for bands to create a distinct feeling that makes them stand out. Dawohl overcomes this hurdle by having a surprisingly discernible melodic undercurrent in their songs - though it's all couched in an overwhelming maelstrom of speed, guitar lines have a very clear path that can be followed, with occasional traces of mid-period Watain in the higher register melodies. Though everything's right in your face, the production and songwriting is very tight and streamlined, which is why I can listen to Leviathan all the way through and still feel like I have enough energy for another go. I don't always want a Concrete Winds-esque waveform brick to the face, because that can leave me feeling completely overstimulated and exhausted at times - this strikes a better balance between unhinged ferocity and tasteful song construction.

This stands out among a sea of cacophonous but indiscernible speedfreaks, but I expected no less going in - Dolorem Records has been quietly making a name for themselves by curating some of the tastiest blasturbation coming out of France right now. Nephren-Ka, Creeping Fear, Huronian and Storm Upon the Masses have all put out great stuff, and the label doesn't seem to be showing any signs of slowing down either (musically or productively). Get on them before they get too trendy and sell out of all their merch!