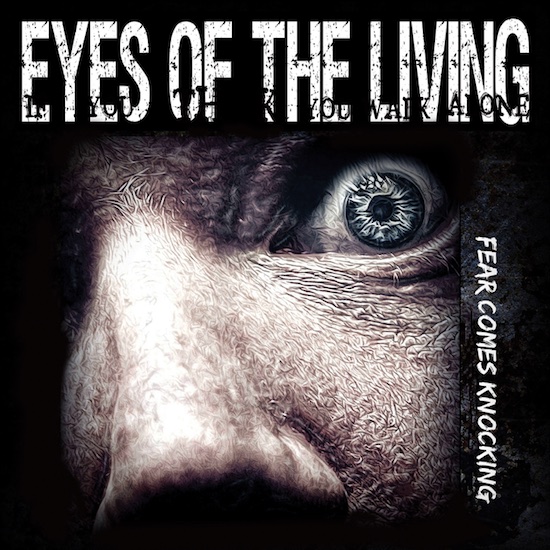 Due to the kind character of our editor (the review was originally written for Metalegion.com), we can choose the titles we want to review from an endless excel list. Eyes Of The Living was listed as a thrash band, but honestly, one needs a broad interpretation of this term to agree with this classification. If we neglect the useless, pretty psychedelic weltschmerz parts in 'No Name For Doom', the quartet meanders through the territories of At War (without Motörhead vibes), Pro-Pain, and a lot of faceless bands that wallow in mid-tempo songs. Too bad that Eyes Of The Living lack the dirty charm of the aforementioned combat units – and unfortunately this is not the only thing I am missing.

Admittedly, their music sounds flawlessly produced, very clean, very modern – and absolutely soulless, as much as I regret it. This is a pity, because some lines and a few riffs reach a solid level. However, one element is more or less completely missing. The basic elixir of thrash, I mean sharp, cutting thrash riffs, driven by an overdose of energy, do not show up. Instead, I listen to pretty boring hardcore shouts, too many mid-tempo parts and a lead singer who cannot be called the king of charisma (politely expressed). All in all, some songs are simply terrible. 'Hell To Pay' has absolutely nothing to offer, but this downer does not characterize the album. Acceptable, heavily stomping tunes, neither very enjoyable nor annoying, shape this work. Fear Comes Knocking is a collection of songs that seem to originate from the brain of men who suffer from an identity crisis, because they show a band that does not really know what it wants to stand for. The up-tempo beginning of 'Feeding The Wolves' is promising, but somehow the dudes are not able to raise the full potential of the song’s basic idea. More generally speaking, this is a fundamental problem of the album: some tracks have a nice, menacing undertone, but the band is mostly not able to suck honey from this situation.

It is therefore almost a bad joke that precisely the coherent, robust closer 'Breaking Within' marks the (only) highlight of the album. It is cleverly constructed and reveals its full strength after the first minute. However, this is no “must have” work and this is a real problem in a world with ten metal releases each day. That must be worrying for Eyes Of The Living, because this is already their third album. Honestly speaking, I'm afraid it's not going to work out.