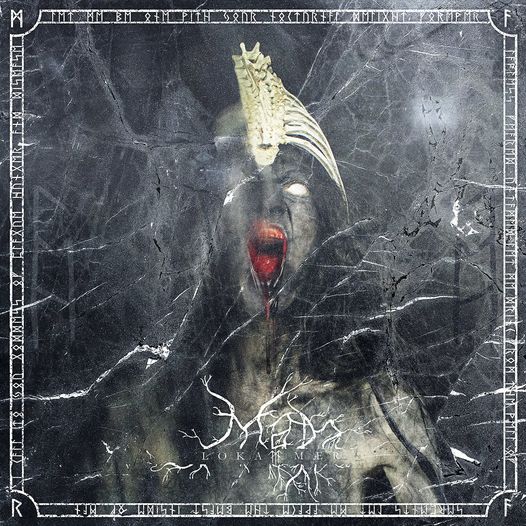 There’s something interesting about that niche in black metal that’s between pure satanic black metal and more pagan and heathen black metal. Most people recognize Arckanum of course, and that swedish cult band had very widespread influence in this particular niche, and one of them is today’s Thursian black metal act Mara, and their fourth full length, released by Immortal Frost Productions.

Mara indeed are a band inspired by the one and only Arckanum, particularly their lyrical and conceptual content and even presentation. Since I already explained what Thursatrú is on my review of German band Nawaharjan, I’ll focus on the music, because while Mara aren’t reinventing the wheel of black metal, they have a very interesting approach in their music that’s simultaneously modern and old school, but not in the way one would think.

For starters and the most obvious element the music has is how ritualistic it is. The album opens with the intro track 'Myrkriða' pounding drums, chanting and the sound of the wind, which sets the mood right away, very primal and ritualistic, and this is also the case for the rest of the songs. The music of Loka Mær is pure and aggressive black metal, but what makes this particular album interesting is how the album has the same intense and punishing atmosphere commonly associated with traditional black metal. Distorted wailing guitar riffs and tremolo picking, pulsing bass lines and unhinged drums, but this is where Mara do distinguish themselves as they don’t over rely on intensity and aggression. The band also have a strong and very well defined sense of dynamic melodicism and are able to expand on the dark atmosphere. The track 'Wolf' is where the band show this, but its not limited to that single track. The entire second half of the album is where the band accomplish that blending of furious intensity with more atmospheric and dynamic melodicism and more impressively the band does this in 25 minutes. At 6 songs and 25 with the longest track 'Thursaseiðr', being just under 5 and a half minutes.

This is where Mara display that combination of modern and old school black metal. They succeed in making a robust and musically diverse burst of pure black metal but with excellent songwriting and superb skills. The guitar work of band founder Vindsval and new member J. is excellent. They have that dueling guitars aspect that creates somber melodies as well as that harsh and punishing wall of sound, not to mention the solos. The solos are some of the best I’ve heard in a black metal album recently, and what’s more impressive is how they aren’t some virtuoso noodling or hollow flexing, they complement and expand upon the riffs and melodies of the song. The superb guitar work which coupled with the drums, bass and the overall ritualistic atmosphere give Mara that unique edge, on top of how the main focus is the music, especially in the second half of the album. However, that’s not to say that Vindsval’s vocals aren’t distinct, far from it, and it's his howling vocals what give Mara its identity, but also what completes the overall ritualistic atmosphere, as his vocal style is less shrieking and growling and more Pagan evocations in the night, and they perfectly fit, which as a whole shows a tight and precise band at their top of their game, which translates into a well executed and crafted album.

Overall, Loka Mær is a lean and mean beast without an ounce of fat. Every single individual element is a key part of this record, and while I usually prefer longer albums, the band, through their excellent skills and performances that seem magnified by dark Thursian powers, were able to deliver a straight to the jugular opus that feels like the best of the best they could offer. They don’t need longer than 25 minutes to wreak havoc, which give this modern black metal record, that old school mentality, but with excellent musicianship and production. The only real critique I have with this record is how the second half is stronger than the first, which doesn't mean the album has a weak start, on the contrary, it's a strong, furious and to the point start, it's just that the music becomes more interesting and engaging after the initial impact. All in all, a must hear.