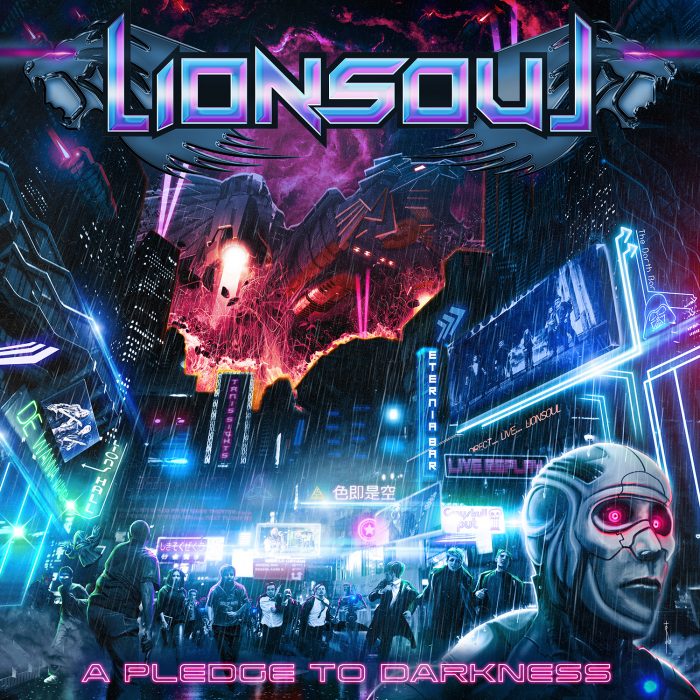 Well, third time is a charm they say, and obviously the Italian quintet's style had evolved over the years. This had actually been a bit of a hard review to write with so many elements. And I'm truly contemplating on tagging this as a mix between Beast In Black and Serious Black. (Right, and here I was, thinking Italian power metal is all fluffy and flowery stuff... I should definitely get rid of my stereotypes).

So the whole album started with the typical orchestra and voice-over part, while hinting at the theme of the album. Then transitioned smoothly to the quite thrashy 'Exile To Arise', though I do find the chorus dragging out a shade too long. With that dynamic riffing and catchy chorus, 'Amber Of Illusion' was where I had gotten that Serious Black vibe. 'Wailing In Red' was verily heavy metal, and I was fairly impressed by the flashy solo. By this point you would also realize that their underlying synth is here to stay. Mind you, I was never on the best term with synth, but I guess they actually add to the punch of this sort of Teutonic power metal. So yeah, no complaints here. My point was also emphasized on the more mid paced title track. Yet the ballad 'Red Flame' was faintly annoying with the almost jazzy piano popping around. Also, you'll notice some 80s energy off songs like 'Skin 2' and 'The Strangers' as well.

Now, as the album cover suggests, this is a concept album with sci-fi and cyberpunk elements. From the voice-over parts and some keywords like ''man'', ''machine'', ''outer space'', I think this is about a man trying to escape Apocalypse by traveling back in time. So yeah, kudos for being not terribly cliché.

Concerning the musicianship, this is what I would consider as adequate. Aurelio Parise's chugging riffs are crispy and banging, Giuseppe Lombardo's bassline straightforward and Nicolò Bernini's drumming fairly energetic. Ivan Castelli's voice, I would say, sounded rather like the more nasally version of Tobias Sammet or just a Nikola Mijić clone. The keyboard works actually remind me of the more heavy metal part of 'Berserker' - another feat in itself. And the extreme vocals of Claudio Facheris sure adds a layer to the structure of songs like 'Man, Machine, Almost Rhyme'.

So, always my final question: am I impressed? Well... no. This for me merely is enjoyable, mainly concerning the overall heavy power style. But I'm certain there are people out there who like sci-fi and the synthy stuff more than I do, so definitely give this band a chance on your playlist.