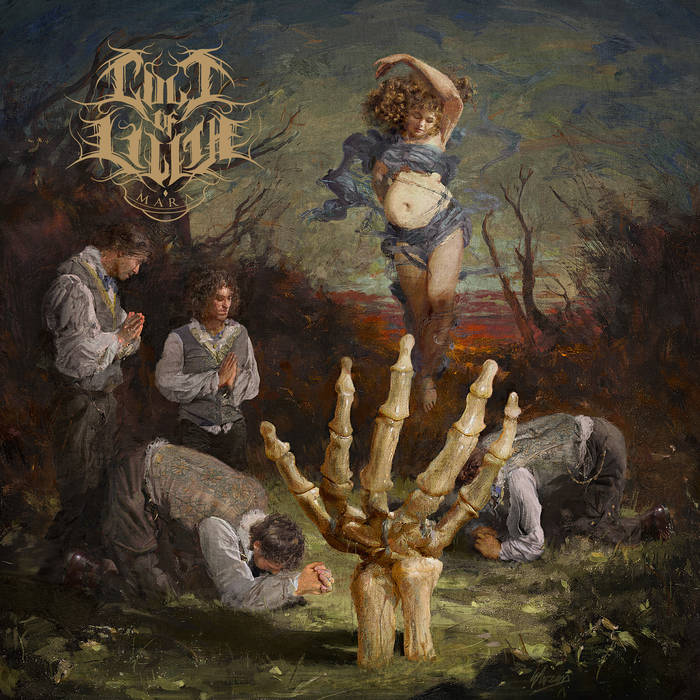 Am I just easily entertained or does technical death metal continue to have gem after gem come out each and every year that completely blows me away? Maybe it's a little bit of both. Whatever the case may be, I'm completely dumbfounded by how fucking awesome this album is. It's ridiculous, actually. To think I've spent all this time eating this shit up and we still are blessed with releases like this one that raise the bar for the genre and show just how much technical death metal can still flourish.

Another debut, this time from Icelandic tech outfit Cult of Lilith, is a completely catastrophic, earth shaking, monstrous album that's stacked to the brim with everything fans of the genre have come to know and love in the past 10 or so years. "Mara" is an amazing amalgamation of a little bit of every technical death metal band to come before them, packaged neatly into one explosive package that could tear a country in half. I've spent the past few weeks listening to it and have decided it's one of the best albums the genre has seen a fucking while.

Where do I start with this one? I guess let's just say this - every aspect of this album is top notch. Firstly, the most important part of a tech death album is the riffs, and this thing is loaded with great riffs. These riffs are sure to please fans of genre stalwarts such as The Faceless, Decrepit Birth and more. Highly technical, yet still catchy enough to be able to headbang until you dislodge the positioning of your top three vertebrae. I can't even point out specific ones because it feels like every song has at least one or two that just leave your brain melted into a pink mush. The solos are also fantastic. There's a bass solo, which is a must for a tech album, and a handful of great guitar solos that aren't just for show - they genuinely have feel and don't sound like a mess of notes. The musicianship all around is brilliant, as is expected from an album of this genre, but they don't ever let that get in the way of their songwriting - these songs are straight to the point, catchy, and filled with enough hooks to keep you coming back. They never stray too far into one direction and always reel you back in with some really interesting ideas, whether it be slow parts or just experimenting with some oddball quirks.

Thank the heavens, above, this vocalist is so fucking good! He has a bit more of a hardcore scream which I usually hate in technical death metal (I'm looking at you, whoever's been the vocalist of Psycroptic since 2006), but this guy has an amazing voice! His high pitch screams sound like he's having his eyeballs gouged out, while he hits some genuinely crushing lows. There's one part in the opening track where he sounds like a pissed off bear just ate a pound of crack and was unleashed on an elementary school. The real special part though? He has an amazing, and I mean absolutely gorgeous clean singing voice! This isn't your typical shitty metalcore whining. This guy has really powerful cleans that elevate the songs to a new level. It's rare to find a band of this genre utilizing cleans to an advantage, but holy hell does this guy capitalize on his vocals to the max. He stands out a lot in a genre filled with a bunch of really mediocre vocalists.

The sound of everything on this album is perfect and I wouldn’t change anything about it. It’s a full, punishing sound that suffocates you with its whirling guitars and devastating bass, while the drums and vocals fit in nicely with no instrument being drowned out. All in all, there’s really nothing I’ve heard like this record. There’s so many intriguing ideas and obliterating technical death metal jammed into one 36 minute run, and there’s no pointlessly stupid interludes to intervene. To think this a debut is mind boggling. This sounds like a record a band would put out on their third or fourth try after years perfecting their sound. I 100% recommend this to not only fans of tech death, but fans of extreme metal in general as there is a ton to offer for everyone, and I really believe you won’t be let down as you’re sucked into the vicious vortex of death metal that is “Mara.” A splendid debut all around.