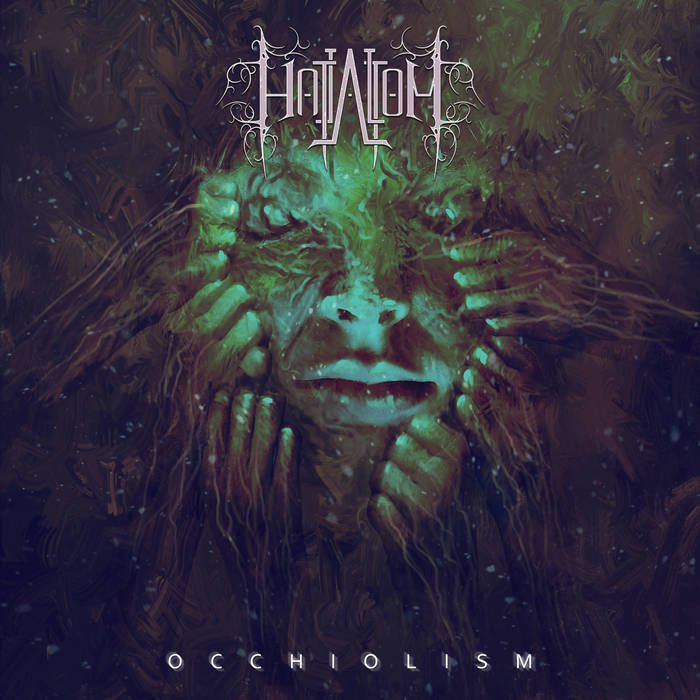 Quebec. Need I say more? For as much of a tech expert as I am, I couldn't even attempt to name all the great technical death metal bands to come out of Quebec, even within the last 10 or so years. Deviant Process, Unhuman, First Fragment, Beyond Creation, Sutrah… it's quite ludicrous, really. Hatalom is a new band from this wonderful well of tech, having just an EP under their belt prior to this, released in 2018. Though I have yet to listen to it, I should probably get around to it because their debut full length from last year Occhiolism is everything I love about technical death metal.

Hatalom play an extremely melodic inspired version of technical death metal, probably inspired by bands like Allegaeon, Inferi, Equipoise and reminiscent of fellow 2021 releases, Ophidian I's "Desolate" and The Beast of Nod's "Multiversal." This is intricate stuff, with tasteful neoclassical shredding delivered at breakneck speeds. The atmosphere is excellent, with an overall sound that reminds me of Virvum's masterpiece "Illuminance," yet not necessarily focusing on the atmosphere as Virvum did. The feel of the record mainly comes in from the stellar production job that gives the music a huge boost of liveliness. Of course, the music itself resonates with me emotionally with tons of orgasmic melodies and riffs that stay stuck in my head quite often.

On a musicianship level, these guys probably reside in the middle-to-top of the tech death shred pole. While far from the fastest or most complex, the complexity definitely outshines bands more focused on brute heaviness or blissful atmosphere. Point is, it's a tech death band, so of course these guys can play their instruments very well. The vocals are pretty good, nothing special, but I enjoy them. Mix of both low growls and high screeches, used together and separate, and it fits well. There's definitely more boring vocal performances out there.

Fans of death metal with a good sense of melody that don't mind extreme technicality should enjoy this album, and, of course, I would easily recommend this for anyone who already enjoys technical death metal. It's definitely part of my listening rotation quite often, whether it be the whole album or just one or two or the songs on the record. Thanks again, Canada!