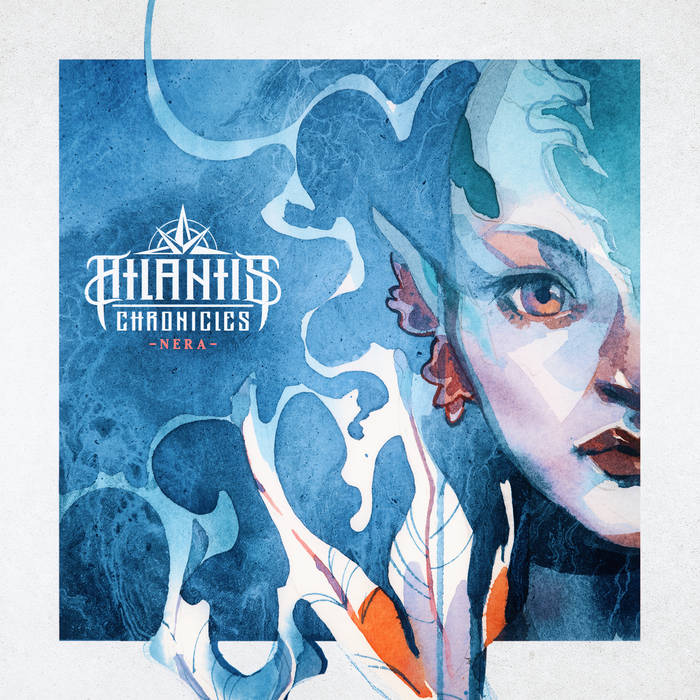 I get many emails with promotional links for upcoming albums and when I saw the title, progressive modern metal from France, I hastily opened it! Being a massive Gojira fan, I instantly knew this album was for me! And oh, how right I was! Nera is the third studio album by French metal band Atlantis Chronicles and I feel like it could be their breakout release. The “modern metal” is the european metalcore sound, mixed with melodic death metal, in the veins of Soilwork and Caliban. Add to that a “djenty”, progressive sound and voila: you have Nera. I talked about breakout release before and that’s because, on Nera, they focus a bit less on technicality and a bit more on making catchy melodies. Not to say that the technical elements are gone, because there are still mind-bending technical parts, but they are a bit more spread throughout the album. This makes the experience more memorable. All that also means if you were a hardcore fan of theirs before, you might not like the new direction.

The album starts with the song 'Full Fathom Five', the name coming from a line in, The Tempest from William Shakespear, a play where the first act takes place on a ship, on the sea, during a massive storm. It starts with soft guitars and it sounds like it’s going to be a slow song about the sea and suddenly, the blast beat starts! What follows is a succession of infectious guitar melodies and a chorus that will stay in your head all day. All this melody is cut by small technical riffs, bass lines and tasteful ”djenty” drum fills. 'A New Extinction' starts, like a lot of songs on this album, with soft guitars and quiet/muted drums, but quickly builts up in this super progy/technical riffs and drum patterns, culminating in a prog solo over a fast blast beat. 'The Drowned And The Saved' has a serious 2000’s metalcore vibes, with a catchy chorus and a great solo. 'The End Is Near' starts with both low and high acapella singing and quickly evolves in a straight up technical death metal part. Near the end of the song, seemingly out of nowhere, they give us crushing breakdowns to cut through all of the technicality. It really shows the level of song writing. It’s probably not a coincidence that near the end of a song called 'The End Is Near', we have heavy breakdowns, reinforcing the feeling that the world is really ending. The last song I want to talk about is the last on the album, 'Fatherless Nights Ahead'. It’s the song we hear most one of their major influence, fellow French metallers, the mighty Gojira! The intro particularly, with the sliding pinched harmonics and the technical drums. It’s straight out taken from "Magma". But the song quickly evolves, adding a super melodic chorus and solo. The new signer’s voice is definitely more melodic. He uses the kind of harsh vocals, where he adds notes in the screaming. His voice reminds me a lot of Sam Carter from Architects. The whole music of the band too. Pictures a more metal Architects.

The lyrics are also a big appeal for me. They mainly focus on the environmental destruction, the sea and various nautical themes. Although they have similar lyrical themes as Gojira (mainly environmental subject matters), there is a clear difference in tone. Whereas Gojira’s lyrical approach to environmental destruction always has a spiritual and hopeful component, Atlantis Chronicles has a much more pessimistic view of humans and the future. To be honest, I relate with this more pessimistic/realistic view, maybe because I am more of a realist, but anyways…

So, if you like progressive metalcore, melodic death metal and environmental lyrics, definitely check out this Atlantis Chronicles album. They remind me of many bands (Architects, Periphery, In Flames, Allegaeon), but it’s never a straight up copy. They like to showcase their influences, navigating in the homage territory, while still bringing something new.