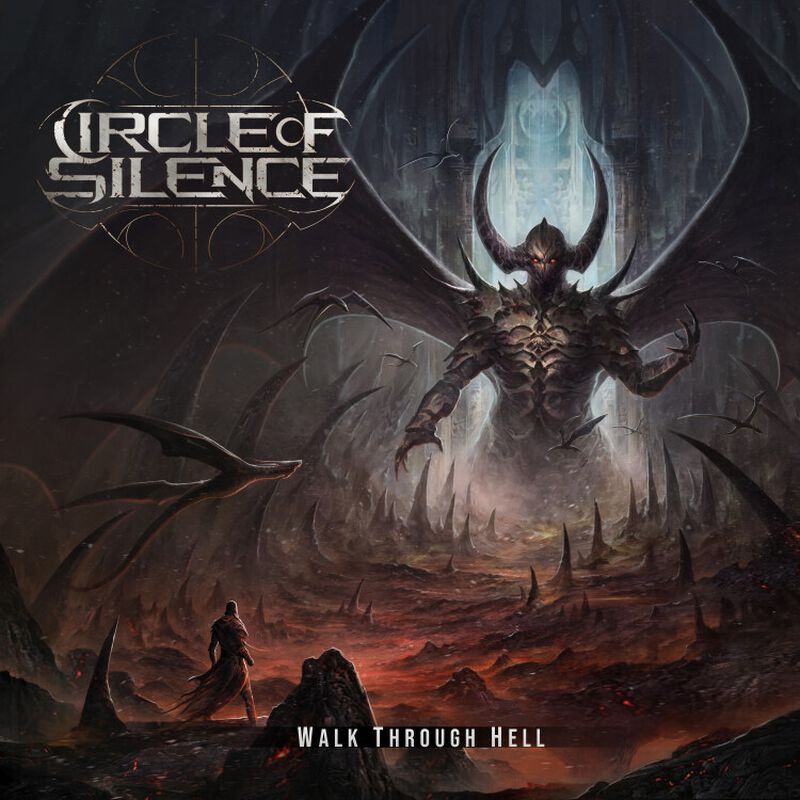 Type: Full-Length
Release Date: May 27th, 2022
Label: Massacre Records
Genre: Power
1 Down To Hell
2 Prisoner Of Time
3 Walk Through Hell
4 United
5 I Am Fear
6 At War With Yourself
7 Triumph Over Tragedy
8 I Want More
9 The Curse
10 Far Beyond The Sun
11 God Is A Machine
12 This Is War
13 Fire
MetalBite on YouTube

I swear I did not make a beeline for this when I saw someone naming Mystic Prophecy as their influence... but no, actually, who am I kidding? I'm always biased when it comes to any German power metal and particularly those of the heavy-power variant. Make no mistakes, these German stalwarts certainly do not disappoint.

My favorite element of heavy/thrash power will always be the aggressiveness. One can only ingest so much flowery shits in one sitting, but my love for balls-to-the-wall heavy metal has no end. And I remember reading somewhere that power metal is a subgenre that tries to find the balance between melody and aggression. That is especially true here. There's nothing more adrenaline-inducing than those beefy riffs with their Mystic Prophecy energy. The gang-shouts bring out the mood smoothly and get you singing along, especially on 'I Want More', and the solos are probably the slickest I've heard in a while. 'Triumph Over Tragedy' has that acoustic intro which adds certain diversity to the album. It's also a more melodic number of the release and reminds me of some of Firewind's works. You might say they're a bit formulaic, since the structure of brutal and aggressive verses followed by dynamic and soaring choruses with face-melting solos lasted throughout the album. Yet they held my attention most firmly and some of the melodies are just fucking brilliant, like the 6-min epicness of 'United'.

Praise goes out to the drummer Peter Suppinger. He manages all the tracks, all the speed and patterns magnificently. And he makes up most of what I usually considered as the ''punch'' of the album. Like how that drum blasted alongside the chugging riffs on 'The Curse' which induced the most Primal Fear feeling and is probably one of my favorite tracks here.

And of course, one must not forget their Peavy Wagner sound-alike. Niklas Keim meets all that I required for this sort of banging heavy-power. He sounds gritty and ''angry'' enough, but not without a melodic edge. As a fangirl of the likes of Chris Boltendahl and Andy B.Franck, I highly enjoyed this.

Whenever I come to judge an album, I'd always made it a point to check out the band's earlier works if they have any, and consistency always speaks for something. In the case of Circle Of Silence, it's obvious they've been playing solid heavy/thrash power under the same line-up for some ten years now. I mean, is this Circle Of Silence? Yes. But there are also so many giants of the genre like Primal Fear, Mystic Prophecy and so on. Am I impressed? Fuck yes.

As an afterthought, there's something entirely endearing about how the gigantic winged devil remained as a mascot on their album cover.

Highlights: 'Prisoner Of Time Walk', 'United', 'Triumph Over Tragedy', 'The Curse', 'God Is A Machine', 'This Is War'