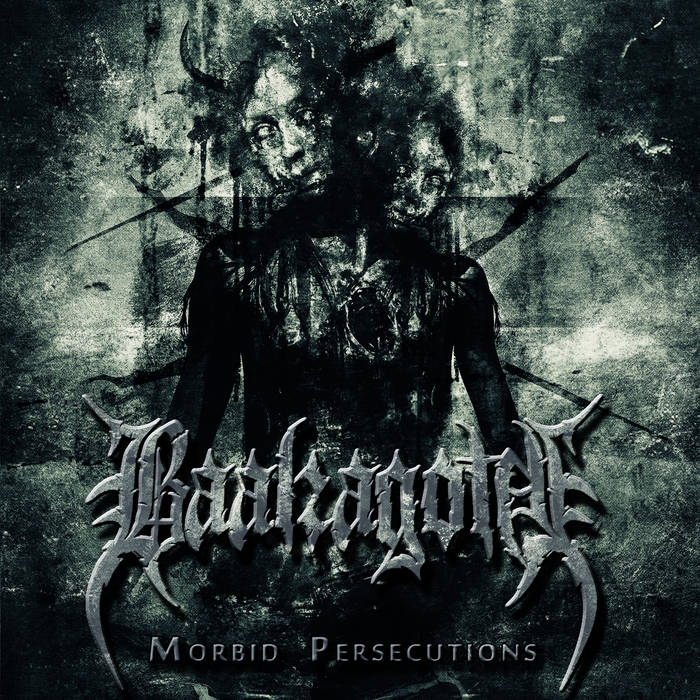 Polish black/death metal has certainly come a long way since Behemoth first broke into the mainstream of metal music, which in turn opened the gate for other Polish black/death bands to make themselves known. However, a problem with that is how easily a particular style can get oversaturated. Which also makes reviewing up and coming bands harder, since there’s so many times I can point out how this or that band has similarities to the aforementioned Behemoth, and even Vader. But, that doesn’t mean any of those bands are bad, and that’s certainly the case for Baalzagoth, and their debut record Morbid Persecutions, released through Mara Productions.

So Baalzagoth are indeed a fresh upstart act in the realm of Polish blackened death metal, and they certainly made a good entrance with this debut album. I’m going to start off with my main criticism and its also what most people will point out, which is how this record is indeed taking cues from established acts, however, instead of being the boy that cried Behemoth for the millionth time, Baalzagoth’s music actually has more in common with Vader and more traditional death metal. The speed and intensity is much more thrash driven with dynamic drumming and tempos, while the black metal elements shine in how the band keeps it simple and straightforward, and the atmosphere being appropriately blasphemous and obscure. However, it does make the album very predictable and repetitive for the most part, which yes, it is a tiring complaint to make, but it's also frustrating to hear many different bands drawing from the same well of influences, and displaying the same tricks, and while that can still yield enjoyable results, (which Baalzagoth did, and I’ll get to that) its nonetheless a growing pain.

With that out of the way, while Baalzagoth don’t reinvent the wheel, or have one defining element, they still make very competent and enjoyable black/death metal, and with genuine passion and attitude. Sure, the band doesn't expand their music beyond the checkboxes and tropes, but if anything they have a true understanding of what works, furthermore, their performances are tight, and the production, while polished, is not sterile. My biggest takeaway with Baalzagoth and bands like them, are in fact a lifeblood to the underground, because they’re the bands that navigate the zine circuits and perform at local festivals, and given how this particular band does a really good job at making solid, no bullshit black/death metal, sometimes that is enough. But, I do hope these guys do more in the future.