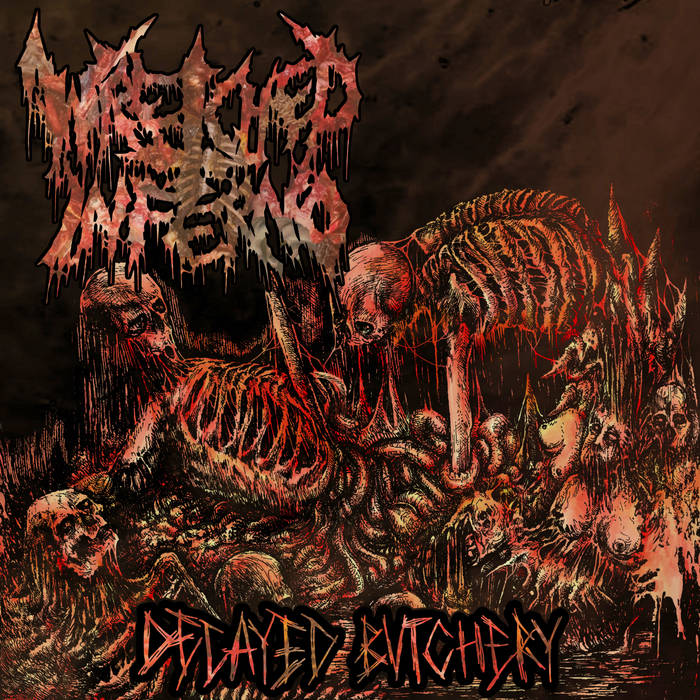 A good while ago, a friend of mine was telling me that the first time he started to feel old was the time he was at a concert and suddenly realized that the people on stage were younger than him. Well, I am currently reviewing a release by a band formed by people who could theoretically be my children, and is it my imagination or is my back starting to hurt? Also, has the text on my laptop always been this small? Damn kids better stay of my lawn, too.

So, they are young, in their late teens to be precise, but there's nothing childish about their first full length, because this is a pretty banging death metal release. You won't hear anything new here, but the way these rugrats combine different styles of death does sound pretty refreshing. Imagine them located right on the crossroads where old school death metal meets brutal death metal, kinda like Bolt Thrower and Obituary colliding with Mortician and Splattered Cadaver, with some touches of goregrind thrown in. The band alternates between grinding ferocity, more old school stomping rhythms, some slamming brutality and slow crawling creepiness, and this to great effect as well. Here and there they insert some groovy goregrind parts (think of acts like Rompeprop or Spasm and their brethren here) that I had some trouble with at first listen. I'm personally not that big on this particular style, so these umpa-umpa-umpa parts kinda irked me at first. After a while though, that feeling ceased somewhat, because these parts actually add even more variation to what is already a pretty varied offering of bludgeoning death metal mayhem. The music is tightly held together by some truly gruff grunting (occasionally interspersed by some hellish shrieks), great musicianship and a production as heavy as Dom DeLuise piggybacking on Pavarotti's shoulders. And yes, I chose this comparison so only us old guys would understand.

As stated earlier, there's nothing anything remotely new on this album, but that's no point of criticism worth mentioning in my book. This is a powerful dose of death metal, that is not only worth it's salt because of the excellent execution of the music and the truly bludgeoning heaviness it exudes, but also because it sounds like I'm meeting up with a lot of bands I haven't thought of in a long time. Look, it's Lord Gore! Man, it's been ages since I've heard Disastrous Murmur. Hey, is that Fleshgrind I hear there? That kinda thing, and boy, is this a blast!

It's certainly good to hear that not all young death metal bands seem to be chained to the templates set out by bands like Dissection, Incantation or Devourment, but that some just take what they like and throw it all together to see what comes out the other end, and I do applaud that. I'd even dare to state that perhaps we need more bands like Wretched Inferno.